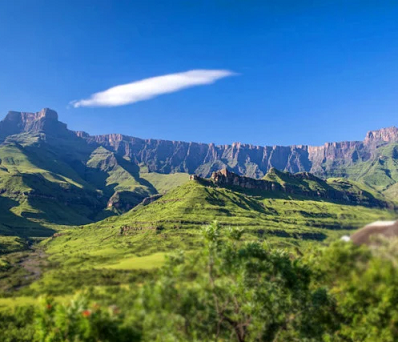 History repeats itself – with vicious, chilling accuracy. Just under twenty years ago, the Zimbabwean justice system seemed to have prevailed over a frothing-at-the-mouth late President Robert Mugabe who had lost a number of court battles against the besieged white commercial farmers. Just like South Africa’s Joint Constitutional Review Committee (Joint CRC), both Zimbabwe’s Constitutional Commission (1998) and Constitutional Parliamentary Committee (2009) had conducted extensive public hearings in all ten provinces of Zimbabwe. “The sole purpose of these extensive public engagements was to get public inputs on” Zimbabwe’s ideal constitutional framework. I was involved at the highest level as rapporteur for both process – an incredible feat in retrospect.

However, unlike South Africa’s process that focused on one provision, being section 25 of the Constitution, Zimbabwe’s process was extensive and global. The sad irony is that eventually, only one section really mattered in 2013. We Zimbabwean liberals and opposition political parties had failed to convince Mugabe to reverse his suicidal Fast Track Land Reform Program (FLRP). Unlike South Africa’s more progressive justice system, Mugabe ensured legislation that prevented victims of property rights violation from even approaching the courts.

In analysing the constitutional provisions of property rights, we, like South Africa, took note of what Mugabe’s toxic propaganda system termed ‘historical injustices’ of unequal and skewed ownership of land in the country. Mugabe’s Constitutional Amendment No. 17 of 2005 cared very little of tenure for the five hundred thousand farmworkers or farm tenants. He cared little about “corruption, an insufficient land reform budget, along with a lack of capacity within the state” that would be “hindering the land reform process.” Mugabe and ZANU-PF had no interest “to formulate a clear strategy for land redistribution to address the injustices of the past.”

Ultimately, Mugabe ensured that the “Constitution should explicitly state the expropriation of land without compensation as a legitimate option for land reform.”

Malema and EFF, who initiated the constitutional amendment initiative in 2018, are the authors and finishers of private property doom. What ANC MP Mathole Motshekga says about “eradicating the original sin in the interest of all South Africans” or seeking “to address the crime against the African humanity” is exactly what Mugabe and his henchmen told ten million Zimbabweans and the world. Sadly, some members of SADC and the AU believed him, and he thus presided over one of the greatest private property carnages in the history of land ownership. Malema wants more blood on the floor, so his rejection of this bill is motivated by populism rather than good judgment. He is not a friend of private property rights or economic freedom.

I am no stranger to this debate. On 20-21 November 2018, the Free Market Foundation and I stood against EWC at the Sandton Conference on the Security of Property Rights in South Africa. During my session, I was joined by Devon Windvogel, a lecturer at the UKZN School of Accounting, Economics, and Finance; Terence Corrigan, a project manager at the Institute of Race Relations; Petrus Sitho, a full-time activist for property rights; and Phephelaphi Dube, the Director of the Centre for Constitutional Rights.

My mission was to explain to South Africans – also on radio and television, including a trip to KwaZulu Natal – that EWC, in whatever form, would result in what I termed the ‘Zimbabwenisation of South Africa’.

Zimbabwe has since not recovered from the effects of Mugabe’s policy insanity. Our pariah status – never mind Western economic and political sanctions – has paralysed both farm and industrial productivity. Academic Ian Scoones attempted to justify Zimbabwe’s FTLR in his 2011 treatise “Zimbabwe’s land reform: challenging the myths”, but it did nothing other than pacify Mugabe’s clueless dictatorship. It was expropriation victim Ben Freeth who reminded the world how, “in the years up to 2000 over 6.6 million hectares were purchased by the Zimbabwe Government and vested in the state. Land in private hands was whittled down from 44% to 27%”. Constitutional lawyer Dale Dore put our tragedy more aptly:

“By 2003, most white commercial farmers had been displaced and over 200,000 farm workers and their families – an estimated one million people – had lost their jobs and homes, as well as their access to farm schools and other social amenities. While the government’s own land audit showed that 2.8 million hectares of farmland lay idle.”

What remains to be seen, as South Africa prepares for parliamentary and presidential elections in 2024, is whether South African liberals will be second time lucky? I have my doubts. Now is the time to prepare for high-level litigation against another attempt to have section 25 of the Constitution undermined for EWC.

Rejoice Ngwenya is the founder and Executive Director of the Coalition for Market and Liberal Solutions (COMALISO) in Zimbabwe. He participated in Cato University and the Friedrich Naumann Foundation’s liberal training programme. COMALISO works for a Zimbabwe that respects the free market, property rights and constitutionalism.