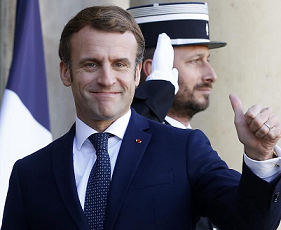 France has passed a sweeping ban on conversion therapy, with lawmakers from both sides of the political spectrum agreeing on the bill’s wording.

The bill, voted in on Tuesday, bans all “practices, behaviours, and repeated statements with the intent of modifying or repressing a person’s real or perceived sexual orientation or gender identity, and having the effect of a material alteration to their mental or physical health”.

The law gives no exemptions for religious conversion therapy.

The National Assembly, the French parliament’s lower house, voted unanimously for the law in October, while the senate voted 305 to 28 in favour of the ban on 7 December. The two houses finally agreed on the bill’s wording on Tuesday.

The law now has to be formally approved by president Emmanuel Macron. Once Macron signs the bill, it should be introduced by the end of February 2022, according to the Connexion.