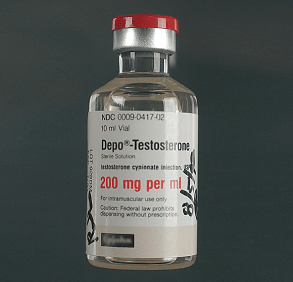 The shortage is down to manufacturer Pfizer restricting its production of its Depo-Testosterone, a prescription hormone replacement therapy that helps many transmasc people, in favour of producing COVID-19 vaccines.

Dr Anastacia Tomson told IOL that the current shortage is “serious” as the “communication from the company anticipates stock to be restored only in or after the second quarter of 2022”.

As such, Dr Tomson warned that many trans, non-binary and gender non-conforming patients could be without the “essential and often life-saving” treatment potentially for months.

She added that she believed the shortage resulted in “extreme demand” and that “any stock that is still usable has been bought up”.

This is not the first time that South Africa has experienced a shortage of testosterone and other vital treatments. According to New Frame, there was a short-term shortage of Pfizer’s Depo-Testosterone in 2019. The company said at the time the interruption in supply was due to circumstances outside its control.

Nino Maphosa, a trans activist, told New Frame that he had used his last shot of testosterone at the end of September and hadn’t been able to find any more since then. He said he had been “trying to research how to navigate” this shortage.

“It’s frustrating,” Maphosa explained. “Now my sex levels are low and you keep asking: ‘What the hell is wrong with me?’”

He described how he was “able to gain more muscles” while he was able to access the gender-affirming medicine. But he feared that his progress “will reverse” now that he isn’t able to take testosterone.

Maphosa said: “I can’t believe that my whole life is in that little bottle … When I don’t take it, I’m grumpy, I’m depressed, I’m snappy, I’m irritable.

“I can’t even look at myself. I keep fearing that I will go back.

“I was so excited that my moustache was growing, now I fear that it will go back.”

Savuka Matyila, a spokesperson for the NGO  Gender Dynamix, told IOL it had received several queries about the shortage from trans and gender non-conforming people in South Africa.

Matyila said the organisation had heard reports of some people being “offered testosterone through the private sector” that was potentially “expired and which might have adverse effects on their health”.

“These medicines would be entertained by community members who were left wanting,” Matyila added.

Maphosa told New Frame that he had heard of people being offered testosterone on the “black market” and even said he would consider buying it. However, he said he would “do my research” and “won’t just do a stupid thing without speaking to my doctor”.

But he told IOL that he was worried that others within the trans community might be so desperate that they might take the “black market” medication without thinking about the risks.