Andrew Garfield reveals why he returned for Spider-Man: No Way Home 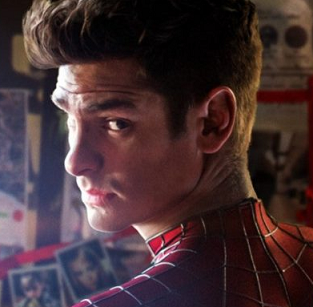 Garfield, who’s previously spoken about his dissatisfaction with the Amazing Spider-Man movies, donned Spidey’s web-shooters once again in the MCU’s new Spider-Man action movie to the delight of fans across the world.

In an interview with Variety, Garfield shared the reason and scene that convinced him to return. Speaking about Gwen Stacey (Emma Stone) – and her death in The Amazing Spider-Man 2 – he explained that giving his character closure by saving Peter’s (Tom Holland) MJ  (Zendaya) was important to him.

“Gwen had agency. In our film, on her final day, she shows up. I tried to restrain her from showing up to that scene with Electro,” he explained. “I knew that it was too dangerous, but she chose to be there. She had a hand in her own destiny in that way, and the movie is about fate. I will say the image of my catching [Zendaya’s] MJ — that was really beautiful and it kind of sold me on the whole thing.”

The Tick, Tick… Boom star went on to say how grateful he was to return to the role and bring his take on the character’s story to an end. “I am so grateful. I’m just really, really grateful that I got to tie up some loose ends for the Peter that I was playing,” he said. “I love that character, and I’m grateful that I got to work with these incredible actors, this incredible director, and Marvel in conjunction with Sony. It was joyful and a feeling of closure for me.”

Garfield finished by saying there were so many unanswered questions for his Peter when the series was rebooted. So he was delighted to step back into Spidey’s red and blue pyjamas one more time and heal the character’s wounds.

Spider-Man: No Way Home is part of Marvel’s Phase 4 and is in cinemas now. If you want more Marvel goodness, check out our guide on Doctor Strange 2.