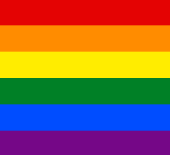 About 40 years ago, a man named George was arrested in Earl’s Court, London, and charged with persistent importuning. His offence? Striking up a conversation with another man who then invited George back to his flat, only to reveal that he was a police officer. George would later plead guilty and be fined £100 (roughly £350 today), after feeling pressured by the police following his arrest.

For gay and bisexual men in the years following the partial decriminalisation of homosexuality, this experience was not uncommon. George’s case is one of many listed in the first annual report of the Gay London Police Monitoring Group in 1984. Several of these involved police officers arresting gay and bisexual men after they exited bars at closing time.

Importuning, which effectively criminalised a man from making an advance on another man in public, is one of several offences that the UK government may now move to pardon. The recently announced reforms to expand the pardoning of historic homosexual offences are to be brought forward as an amendment to the government’s Police, Crime, Sentencing and Courts Bill. Other aspects of the bill have attracted controversy over their impact on human rights.

The existing pardoning scheme, known as the Turing Law, was introduced in 2016 following the 2013 posthumous royal pardon for second world war code breaker Alan Turing. Under the current process, applications for past convictions to be disregarded can only be made in respect of a limited range of offences.