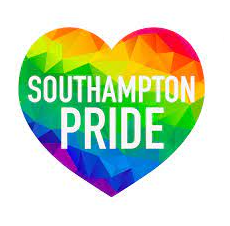 This summer, Southampton will be hosting not one but two pride events to celebrate the LGBTQ+ communities.

Thousands of people are expected to flock to the city centre to demonstrate how far LGBTQ+ rights have come. The first event, which is organised by People’s Pride Southampton, is set to take place at Palmerston Park on June 11 and 12.
Jake Adwell, a spokesperson for People’s Pride, said: “We are genuinely very excited about throwing this event and we just want people to turn up and have fun. “90 per cent of the activities on-site are free and there will be live local music from across the local music scene and Hampshire from across three stages across the two days. There will be a designated quiet area where you get away from it all and just enjoy some peace.”
LGBTQ speakers and activists, including Peter Tatchell and Sophie Cook, are due to attend.
Bands such as Hunting Hearts, Biphony, Sydney Dejorey, and Jeff Palidino are also expected to make an appearance.
There will be fairground rides, community stalls, bars, food vendors, and sensory space for festivalgoers to relax and ‘chill out’ if they need to.
Organisers have informed the Daily Echo that there will be an area for children and teens exclusively designed for people aged 17 and under, which will be supervised by DBS-checked volunteers.
People’s Pride is open to all members of the public and no tickets are required.
The gates will be open from 11 am to 8pm on Saturday, June 11 and then on Sunday, June 12 from 11am until 5pm.
For more information, email info@peoplesprideuk.com.
Meanwhile, the main Southampton Pride event, which has seen a two-year hiatus, has been scheduled for Saturday, August 27.
According to organisers of the celebration that usually attracts thousands to Southampton city centre, full details of what to expect will be released in February.