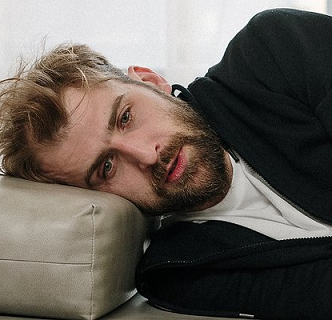 Safeline says last year saw a big rise in the number of men coming forward to access their services.

A male sexual abuse helpline has said that calls to its service doubled in 2021 compared to the previous year.

Safeline says it had more than 7,000 calls, texts, and emails to its male helpline last year, which its head says is a 110 per cent increase.

The charity runs a number of services and says that it has seen an increase in people contacting them for help, with many younger people getting in touch.

Safeline’s chief executive, Neil Henderson, tells the BBC that they had a 50 percent increase in calls to the helpline following the BBC One drama Four Lives, which looked at the ‘Grindr killer’ Stephen Port and the police investigation into the deaths of his four victims, who Port met via the dating app.

Neil comments: “Often these TV shows trigger emotions of people affected – for those who’ve been abused and their family members.

He adds: “There’s also been a big rise in the number of people reporting they’ve been sexually abused by someone they met through a dating app or site – and more needs to be done to protect people in this area.”

The BBC also spoke to 28-year-old Rory Boyle who says he was sexually abused after meeting someone on Grindr when he moved to London. He tells the broadcaster that he started to feel lonely.

“One dark, winter night I was feeling low and depressed and started chatting to someone quite a bit older who invited me over to his flat… I was scared but his persuasion and my loneliness led me to agree,” he continues.

He says he was pressured into taking the ‘date-rape’ drug, GHB after which “a lot of non-consensual sex acts then took place.”

He says it took him a while to be able to speak about his experience and he refrained from doing so due to a fear of not being believed.

Safeline says this fear often prevents men from coming forward saying they have heard from people who say police didn’t take them seriously.

When asked about this by the BBC, Deputy Chief Constable Vanessa Jardine, the National Police Chiefs’ Council Lead said things had changed as to how the force interacts with the LGBTQ community.

Grindr says it publishes a safety guide on the app and encourages people to report any criminal allegations.

For information and support in the UK call the Samaritans 24 hours on 116 123 or contact Survivors UK.