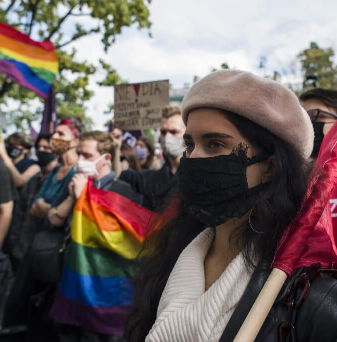 Poland could be on the verge of voting in a devastating “LGBT+ propaganda” law similar to those seen in Hungary and Russia.

On Wednesday (12 January), the lower house of Poland’s parliament, the Sejm, will debate a bill described as “a power grab of the Polish education system”.

The education reform is dubbed “Lex Czarnek”, or “Czarnek’s Law”, after minister of education Przemysław Czarnek, who thinks LGBT+ people “aren’t equal to normal people” and has compared the queer community to Nazis.

It would give the government excessive control through school superintendents, Polish government officials which oversee several schools each.

If Lex Czarnek is adopted, superintendents will have the power to veto any teaching materials provided by charities or outside organisations, and will be able to dismiss headteachers without notice if they do not comply.

“The bill is the light version of Russia’s and Hungary’s anti-LGBTIQ+ propaganda law,” he said, noting that Czarnek was influenced by Hungary’s “anti-propaganda” bill.

Gazeta Wyborcza, Poland’s largest independent newspaper, reported: “When students want to organise another ‘Rainbow Friday’, the headteacher will not agree.

“They won’t allow an LGBT+ organisation to come to the school with a lecture on equality. And they won’t send a teacher on an equality education course. Because they won’t want to lose their job.”