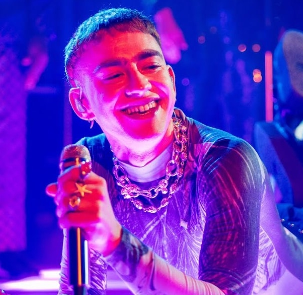 Olly Alexander has vowed to be even sexier after the Years & Years BBC New Year’s Eve concert courted complaints for being “overly sexualised”.

The British singer, 31, hosted The Big New Years & Years Eve Party on BBC One with guests Kylie Minogue and the Pet Shop Boys.

But apparently, Alexander’s sheer beauty was simply too much for some viewers to handle – 179 of them to be exact.

According to Metro, the broadcaster was slapped with complaints from pearl-clutching viewers.

It handed Alexander an easy New Year’s Resolution – next time, be even sexier.