Euphoria ‘toilet guy’ wants you to know – that was his real penis, not a prosthetic 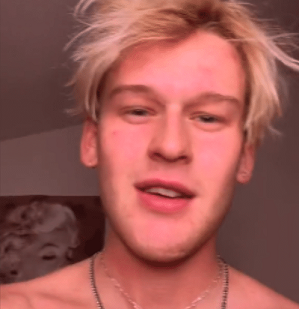 Euphoria returned with a bang this week, as fans were once again treated to several scenes featuring full-frontal male nudity.

Yep, the premiere episode saw three different penises grace our screens, including one attached to a character now forever known as “toilet guy”

Actor Ansel Pierce made a short but memorable appearance during the New Year’s Eve house party during which Cassie (Sydney Sweeney) was forced to hide in the bathtub in order to avoid her best friend, Maddy (Alexa Demie).

Just when she thought it was safe to get out of the tub, she found herself face-to-face (or should we say face-to-penis) with Pierce’s character.