EWC: the year ahead 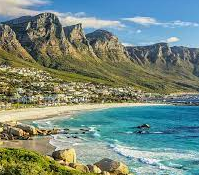 The past year ended on a dramatic note, with Parliament failing to pass the Bill to Amend Section 25 of the Constitution. This was a good day for the country. But it was not the final day of the saga and facing the new year should be done with a firm recognition of what is in store.

Certainly, the drive to amend the Constitution with the express intention of expanding the latitude of the state – the one we have, rather than the developmental enabler of ideological imagination – would shift the relationship between the state and those under its jurisdiction sharply in favour of the former. It would send a very destructive message about the security of investments. And perhaps most importantly, it would signal that the Constitution is fair game whenever a scapegoat for governance failings is sought. Since there is no paucity of such failings, the precedent set would have been terrible.

This is all the more so, since proponents of the amendment – not least President Cyril Ramaphosa – have argued that Expropriation without Compensation (or expropriation at ‘nil’ compensation) did not require a constitutional amendment and could be performed under the current legislation. This is probably accurate, at least in (rare) individual cases. But this concession only underscored the perilous counter-constitutional gamesmanship that was being undertaken.

But as much as this is good news, it is not unambiguously so. The failure to muster the requisite two-thirds majority to amend the Constitution was not altogether a consequence of a commitment to property rights. The EFF, for example, refused to endorse the measure on the grounds that it was a sell-out proposal. For them, property rights needed to be more comprehensively dismantled, through an explicit constitutional stipulation that all land be held in the ‘custodianship’ of the state.

(That being said, it was heartening to hear justice and correctional services minister, Ronald Lamola, emphasise the importance of private ownership – this despite a considerable lobby within the ANC that is in favour of a custodial taking.)

Neither is the issue at an end. The constitutional amendment would have weakened the protections on which people could call, but it was never essential for a programme of property seizures.

Thus, the outlook for the new year. One item that is almost certain to come before Parliament is the Expropriation Bill. This has been in the works for some time. South Africa does need new expropriation legislation, since the existing act, which dates from 1975, is not constitutionally compliant.

However, we at the Institute of Race Relations have severe concerns about the exact terms of the Bill. These include its definition of expropriation, the ‘compulsory acquisition’ of assets by the state. The mere deprivation of property would not, it seems, qualify. This has its genesis in the judgement issued when a case of expropriation was challenged in the Constitutional Court in 2013. The Court responded: ‘For purposes of this case, it is not necessary to define the word “custodian”. What is however clear is that, whatever “custodian” means, it does not mean that the state has acquired and thus has become owner of the mineral rights concerned.’ The idea seemed to be that even though the original owner had lost rights, the state had not acquired them, so no expropriation had taken place, and therefore no compensation was due. In this is the genesis of the bill’s definition. And this leaves open the possibility of the custodial taking that was such an issue around the constitutional amendment.

Moreover, while a constitutional amendment would have done much to shield such a move from challenge, it would likely not be essential. Custodial seizures of water and mineral resources have been achieved without explicit constitutional direction.

We believe it would be a mistake to read the ANC’s position as opposed to custodianship, even if some of its representatives clearly are. Rather it is a contested notion.  The amendment, it should be recalled, required that ‘certain’ land be vested in the custodianship of the state, an idea with whatever latitude an imaginative political leadership might decide to give it. Recall too that it has been mooted not only by politicians, but has been recommended in official documents, such as the 2017 land audit.

But whether custodianship is indeed the final outcome, all indications are that the ANC has no intention of backing down on its drive on property rights, articulated as before in terms of land reform. Dr Mathole Motshekga, who chaired the ad hoc committee in charge of drafting the amendment to Section 25, raged in a column last week about this. Seeing the ANC’s vision for land reform brought about was an existential matter:

The ANC is and remains the only sure means to bring about the desired social and economic transformation of South Africa. To achieve this, African women and the youth must continue to support the ANC in its efforts to cleanse itself of corrupt and criminal elements and enable it to pass the 18th constitutional amendment bill. This will empower the ANC government to return the land and its natural resources to the indigenous African people.

This was, he went on, a matter for all ‘patriotic’ South Africans, an imperative for ‘defence of the soul of their motherland’. It was about ‘the future of your children.’

The ANC’s January 8th Statement last week reaffirmed its commitment to Expropriation without Compensation, and vowed:

The implementation of this resolution [its 2017 party resolution on EWC] will continue despite the refusal of other parties in Parliament to support the proposed amendment of section 25 of the Constitution. Through our elected public representatives we will work to finalise legislation such as the Expropriation Bill, the Land Court Bill and a range of other instruments to ensure more land is returned to the people and at a much faster rate.

It’s difficult to imagine that any sensible person who has watched the country’s deterioration under the stewardship of the ANC – or for that matter, its mismanagement of land reform – would take any of this as a serious response to the country’s land reform challenges. The point is that the ANC’s belief in greater ideological commitment and appropriate conscientised cadreship at the helm of a ‘developmental’ state colours the ANC’s thinking. Restraints on that, such as private property protections, are seen in a dim light.

In the coming months, this will become grimly apparent again.