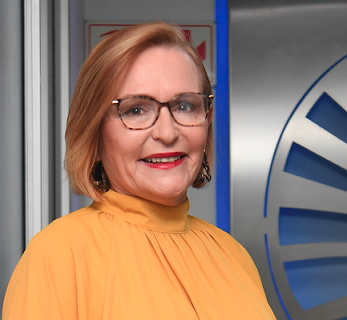 The federal chairperson of the Democratic Alliance has never been a shrinking violet. But in this powerful interview, Helen Zille surpasses her own direct approach by launching a bare knuckled attack on South Africa’s ruling political party whose “cadre deployment” strategy exposes it as the true architect of State Capture. Zille believes recent expose’s contained in the Zondo Commission’s report and recommendations show ANC-instigated crimes against the country are worse than even she imagined – but looks ahead with some optimism to a change in SA’s government after the 2024 National Elections. – Alec Hogg

Helen Zille on the Cadre Deployment Committee, the cause of the failing state of South Africa:

Cadre deployment should be the meat and potatoes of any discussion on the failing state in South Africa because it is the root cause of it. The root cause is this committee in the ANC called the Cadre Deployment Committee. We now know what its composition is: very senior members of the ANC, cabinet ministers and others chaired by the deputy president that nominates ANC cadres, loyal ANC cadres – on the basis of the first criteria that they are loyal to the ANC – into very senior positions across the state. State-owned entities, chapter nine institutions, the judiciary, right down into the organs of state, to middle management level. It is this horrific state of affairs that has resulted in the flight of skills. The difficulty in acquiring new skills across those various departments and entities I’ve just spoken about leads directly to state capture because the people who are deployed by the ANC know that their loyalty to the ANC comes first. That is the basis on which they are going to keep their jobs, on which they are going to advance in their jobs. When they are told to make sure that certain ANC-connected people are preferred for posts or when they are told to ensure tenders and contracts reach specific people, they know they have to keep the ANC happy to stay in their jobs because they are ANC deployees and not appointed for their skills and competence to deliver services to South Africans as a whole. The party comes first, and that is known as state capture.

On the Zondo Commission to subpoena the minutes of the Cadre Deployment Committee:

It is very important to get hold of the minutes of that meeting because then you can see exactly what they did, how far the reach was, what criteria they used, in which institutions in the state they directly influenced appointments, what jobs were reserved for ANC cadres, what bonuses and obligations were put on ANC cadres and the extent to which the party captured the state. We didn’t know that for sure, we obviously suspected it, and cadre deployment has been a thing since Nelson Mandela launched that policy in 1997 at the Mafikeng Congress of the ANC. The DA has been exposing and opposing that policy ever since and warning it would lead to centralisation, cronyism, cadre deployment, corruption and the criminal state. I have been saying it since the late 1990s … that has all come to pass. That has been the obvious outcome of the policy of employment; but if you want the proof, the nuts and bolts, you have got to know what decisions were taken by whom about what and what it influenced. That is why we have put so much in store in trying to get those minutes. Leon Schreiber, who is our Shadow Minister of Public Administration, is like a dog with a bone. He won’t let it go. We first suggested the Zondo Commission subpoena the minutes of the cadre deployment committee, which the Zondo Commission did, and then we used the Promotion of Access to Information Act. William Shriver drove that but the DA backed him and ensured we could use that act to get those minutes, which we now have through the Zondo Commission. They are explosive, to say the least. They tell you why the state has failed in South Africa.

On the extension of the Cadre Deployment Committee:

I have suspected it for a very long time. In my previous role as premier of the Western Cape, I was ex officio a member of the Judicial Service Commission. Because I have such a strong belief politicians should not be on structures recommending judges for appointment, I always sent a top lawyer to represent me there because I was able to send a nominee and to show my principled objection to politicians serving on the JSE. I sent a top lawyer to speak on my behalf and take decisions on the basis of the requirements of the crucial role of a judge and certainly not on any political criteria. From the beginning, [I suspected]. The few times I [did attend], I knew the ANC had pre-caucused the outcome. The ANC nominees constituted a majority on the Judicial Service Commission and it was a foregone conclusion. Ever since, very cynically – I think it was about 10 or 12 years ago – the ANC manipulated the majority for itself on the Judicial Service Commission. That is another extension of the Cadre Deployment Committee and these are people who are being put there because the ANC also wants to extend its tentacles into controlling the judiciary, and the minutes indicate how far that went.

On the Judicial Service Committee as a total sham:

On the extent to which the Cadre Deployment runs South Africa behind the scenes:

We have been taking legal advice on this and have just seen the start. We’ve got a whole lot more to do. The very best starting point, according to our legal advice, is with the state-owned entities and the extent to which they were totally captured by the ANC for purposes of corruption and enriching their networks and for turning the ANC into a criminal syndicate or an interlocking network of criminal syndicates. There we have the clear proof of what was going on; the dishing out of posts, the reservation of positions and the parcelling out of which positions could be filled by the minister and which could be filled by the Cadre Deployment Committee. You even have the remarkable spectacle in those minutes of President Ramaphosa having to apologise to the Deployment Committee because he appointed people to a board, which he’s entitled to do, without going through the committee and getting their go-ahead to do so. This is the extent to which this Deployment Committee runs South Africa behind the scenes.