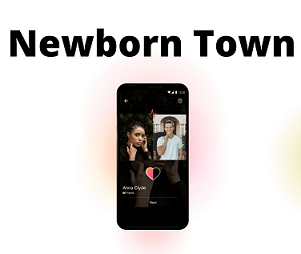 Chinese social networking product developer Newborn Town announced on Thursday that it would establish a fund in partnership with Spriver Tech Limited and its wholly-owned subsidiary before March 31, in order to support the privatization of LGBTQ digital networking platform BlueCity Holdings.

The announcement shows that the total fundraising target of the future venture is $100 million, of which Spriver’s wholly-owned subsidiary will make a cash contribution of $100,000, Spriver will contribute $49.9 million, and Newborn Town will provide the remaining $50 million. Spriver is a wholly-owned holding company of Liu Chunhe, chairman of Newborn Town. At the beginning of this month, Spriver issued a privatization offer to BlueCity.

According to the announcement, the fund will focus on TMT from a global perspective, including investment opportunities across metaverse-related areas, social networking and games. By participating in the privatization of BlueCity, Newborn Town will officially enter the LGBTQ field and expand its territory in the global digital social networking market.

BlueCity is an internet enterprise dedicated to providing comprehensive social networking services for LGBTQ people all over the world. It was listed on the Nasdaq in July 2020.

BlueCity provides users with social entertainment, livestreaming and health-related services. As of March 31, 2020, the platform’s products and services have entered more than 210 countries and regions around the world. At present, it has more than 58 million registered users worldwide, making it one of the largest LGBTQ communities in the world.

According to the financial report of BlueCity in the third quarter of 2021, the total revenue of the company during the period was 270 million yuan ($42 million), and monthly active users of its mobile applications reached 7.5 million. Also in the third quarter, total paying users increased by 57.1% year-on-year to 776,000, thereby achieving sustained growth for six consecutive quarters.

SEE ALSO: In China, You Can Go to College to Become a Social Media Influencer

According to some analysts, Newborn Town’s purchase of BlueCity, whose market value is only 54 million yuan, means it has entered into a new track with several billion dollars coming at a very low cost.