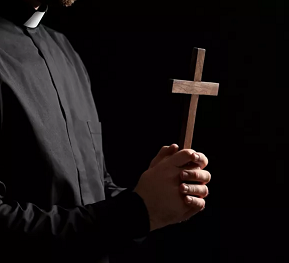 The relationship between the pre-teen and the priest was “voluntary and based on mutual benefits” the Church claims.

A Catholic church in Poland wants a court to determine if the victim of a priest’s alleged sexual abuse – who was a 12-year-old boy at the time it started – was gay and therefore took “pleasure in the intimate relationship.”

The lawsuit was brought by Janusz Szymik against the diocese of Bielsko-Żywiec. Szymik says that he was abused by a priest, identified as “Jan W.” in court documents, for years starting in 1984 when he was an altar boy.

The church also wants to be allowed to question Szymik about him “showing pleasure in maintaining an intimate relationship with Jan W.” and “deriving benefits [from it], including material benefits.”

The church says it “denies that the relationship was based on enslavement or incapacitation; on the contrary: it was voluntary and based on mutual benefits,” according to a translation of the document by Notes from Poland.

In 2021, the Vatican disciplined the diocese of Bielsko-Żywiec for “neglect” in responding to Jan W.’s alleged sexual abuse following a two-year investigation that found that Szymik told church leaders about it twice, but it still took years for the diocese to do anything about Jan W.

Polish commentator Tomasz Terlikowski said that the church’s victim-blaming response shows a “pedophile’s model of thinking.” He called on the church to withdraw its response and apologize since it could cause “the victim harm again.”