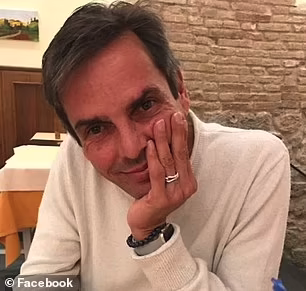 His brother former Miami mayor Manny Diaz says his ‘legacy will live on’.

A missing gay rights activist and the brother of former Miami mayor Many Diaz was found dead in a Florida landfill on Saturday, and authorities are investigating the death as a homicide.

Jorge Diaz-Johnston, 54, the brother to the Mayor of Miami from 2001 to 2009, who had been missing since January 3, was discovered in a trash pile at a landfill in Baker, Florida, roughly 60 miles east of the Alabama border, Tallahassee police announced on Wednesday.

‘I am profoundly appreciative of the outpouring of support shown to me, my brother-in-law Don, and my family after the loss of my brother, Jorge Diaz-Johnston,’ former mayor Diaz, 68, wrote of his brother.

‘My brother was such a special gift to this world whose heart and legacy will continue to live on for generations to come.’

Diaz-Johnston’s body was found the same day a missing persons report was filed by concerned family.

No arrests have been made as of Saturday morning, and police said an investigation is ongoing.

They were among five other same-sex couples who sued the Miami-Dade County Clerk’s Office in 2014 after they were denied the ability to get married, and then were among the first to get married the following year.