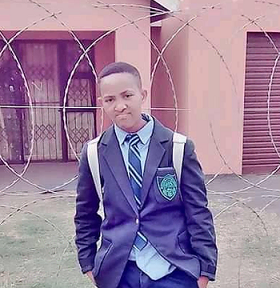 The family of a slain young woman of KwaMakhutha, Anele Bhengu, has revealed that the release on bail of the accused has instilled fear in them.

Bhengu, 22, who was a member of the lesbian, gay, bisexual, transgender and queer (LGBTQ+) community, was raped and stabbed to death on June, 19, 2021, while she was visiting an old friend in the area.

Her throat and abdomen were slit which resulted in it being viewed as a hate crime. It is alleged that she had left her friend’s house to use the toilet outside but did not return.

PrevPreviousMan who overturned Florida gay marriage ban in 2014 to wed his partner is found dead in a landfill as cops launch homicide investigation
NextWhere are the over 30 queer TV characters?Next