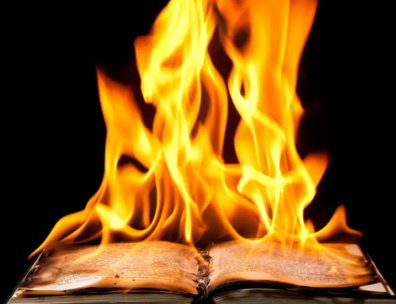 A book ban resurgence has sprung across the country’s public school libraries, from Pennsylvania to Wyoming, the books most in contention regard Black and LGBTQ issues, Axios reported.

And the push to ban the books in question comes during a pivotal election year, which in part, places schools as the center for the culture war.

Deborah Caldwell-Stone, director of the American Library Association’s Office for Intellectual Freedom, says she has “worked for this office for 20 years, and we’ve never had this volume of challenges come in such a short time.”

“I think we should throw those books in a fire,” school board member Rabih Abuismail declared during a meeting.

Additionally, Tiffany Justice, the co-founder of Moms for Liberty, told reporters she wants educators to listen to parents and not force certain books on kids. Justice also added she does not believe it is appropriate for children to have access to books like George M. Johnson’s “All Boys Aren’t Blue,” a memoir that details themes of rape and incest.

“Providing pornographic materials to children and then turning around and asking us why we want to ban books is insulting,” she added.

So far, the American Library Association has not released its complete list of banned books, but, according to ALA’s Caldwell-Stone, the organization has tracked at least 330 challenges from September to November 2021 alone, with more on the way.

But for Erin McCarthy, a Wisconsin social studies teacher, it is not fair for a small minority to dictate what is in libraries.

“The issue with one parent deciding what should be available to all children is that they’re kind of overstepping their boundaries,” McCarthy said. “Books really allow you to dive in and understand another perspective.”

She later qualified that school districts should be transparent about how reading lists are created.

However, for John L. Jackson, dean of the Annenberg School for Communication at the University of Pennsylvania, what the book bans are really about is a microcosm of the political divisions in the country.