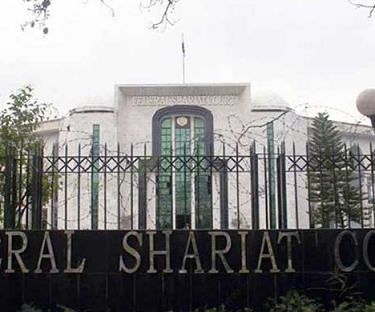 ISLAMABAD: The Federal Shairat Court Monday observed that transgender community is the creation of Allah hence nobody could raise objection on his creation, adding that Islam guarantees to the community all those rights, enjoyed by others.

A three-member Federal Shariat bench headed by Justice Muhammad Noor Meskanzai heard petitions, filed for reviewing the law for the protection of transgenders.

The court directed the ministry of human rights to submit Rules of Transgender Persons (Protection of Rights) Act, 2018. During the course of hearing, Federal Shariat Court Chief Justice Muhammad Noor Meskanzai observed that around the world change of sex is determined on the basis of medical examination.

“In Islam, the transgender community enjoys all those rights, enjoyed by others,” Federal Shariat Court chief justice remarked, adding that the court will examine the law under review in the light of Shariah.

Justice Dr Syed Muhammad Anwar, another member of the bench observed that the law under review has protected the rights of transgender community, adding that the court will examine it with sincerity.

During the course of the proceedings, the court asked as to why a reply was not submitted by the ministry of law and justice. The court observed that as per media reports, some amendments were made in the law under review and if it is true then the objections of the petitioner might be resolved. However, the state counsel denied but submitted that Senator Mushtaq had filed a private bill in the Senate in the matter.

Orya Maqbool Jan, another petitioner in the case objected to the permission granted in the said law for changing the sex, contending that it would affect the traditions of society, adding that under the law review every person was declared as transgender, adopting the image of another sex. He contended that Allah does not like those who change his appearance, adding that constitution does not allow legislation that is repugnant to Sharia.

He further submitted that the law allowing change of sex is first step towards same gender marriages, adding that nobody could say that as he looks like a female hence he should be registered as female. Similarly, he said the law under review did not mention as to who will determine the sexual category.

He further submitted that in India, a medical board comprising doctors and psychiatrics determine the sexual category. Justice Khadim Hussain M. Sheikh however, observed that the law under review is only for transgender community and it is not applicable on others.

Orya Maqbool Jan submitted that it is clearly written on the birth certificate of child’s sex; hence nobody could call someone as female after 34 years, adding that Sharia has given right of inheritance by birth to transgender. During the hearing, Babli, a transgender told the court the society does not accept the community and hatred against them is spreading as well.

However, Federal Shariat Court chief justice observed that Allah has created the transgender community so there is no question of hatred against them. Later, the court adjourned the hearing for date-in-office and sought proposals from ministry of law and justice in the matter.