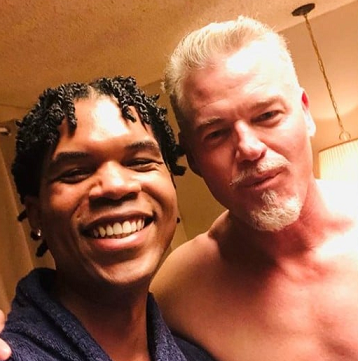 Fans soon started tweeting their amused reactions to the sight of the former Grey’s Anatomy star acting out the intimate scene, with his co-star Byrdsong quick to step forward and identify himself in a series of posts.

“There are two darkskin characters in Euphoria and one of them was getting they butt ate by Nate’s dad as an extra,” one viewer commented, to which Byrdsong replied: “PERIOOOOOOOODDDTTTTT!!!!!!!!!!

living my dreams and collecting my coins!!!”