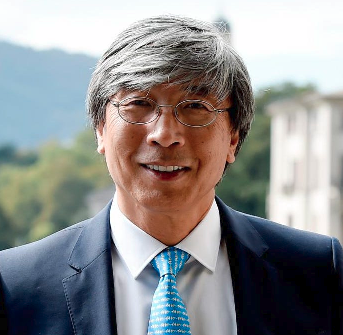 A crowd of ceremony participants cheered as Dr. Soon-Shiong and President Ramaphosa took the stage at the NantSA vaccine manufacturing campus at a business park in Cape Town.

Soon-Shiong, 69, left South Africa after doing his internship to become a medical doctor. Today, he is number 89 on the Forbes 400 list of wealthiest Americans with an estimated fortune of $7.5 billion. A transplant surgeon by profession, he became known for inventing the cancer treatment drug Abraxane.

He says the COVID-19 vaccine he has developed is second generation and will stop the transmission of the virus. However, he emphasized the vaccines currently available are effective and necessary.

“It is so important for you to be vaccinated. These vaccines that were there played a very important role as I would say, not a stopgap measure because it’s first generation, but it did absolutely reduce death and it does continue to do so. So, I want to make sure that people understand that you need to be vaccinated,” Soon-Shiong said.

However, he said today’s vaccines aren’t the final answer to the pandemic.

Ramaphosa, who has been campaigning for vaccine manufacturers to give up their patent rights so that all countries can produce COVID-19 vaccines, said discussions with the World Trade Organization on this continue.

The president and Soon-Shiong also launched the Coalition to Accelerate Africa’s Access to Advanced Healthcare, known as the AAAH Coalition. It aims to hasten domestic production of pharmaceuticals and vaccines that will reach patients across the African continent.

The Africa Regional Director for the World Health Organization, Matshidiso Moeti, congratulated Ramaphosa and Soon-Shiong on the launch, saying it was a proud day for Africa.

“This new vaccine manufacturing campus will be an important space contributing to the eco system for manufacturing capacity. It will contribute positively to Africa’s response to COVID-19, as well as cancer, HIV, childhood preventable diseases, neglected tropical diseases and other diseases,” Moeti said.

Soon-Shiong said it will cost about 196 million dollars to complete the plant. He says once it is fully operational, his company hopes to produce about 1 billion COVID-19 vaccine doses by 2025.

Read the original article on VOA.