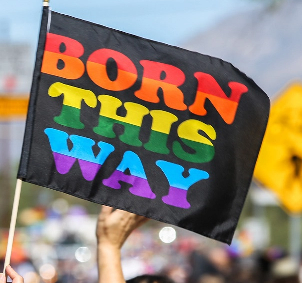 A new study claims to have found “clear evidence” for a theory that those with older brothers are more likely to be gay, known as the “fraternal birth order effect”.

The theory has been around for decades. It suggests an immune response during pregnancy, in reaction to proteins produced by a male foetus, produces antibodies.

Those antibodies remain in the bloodstream and during future pregnancies, play a part in the sexual development of children.

Some researchers dispute the theory, because previous research on the biological phenomenon only used small samples.

But a new Australian study has found “clear evidence of a fraternal birth order effect on homosexuality”.

They used data from more than nine million people in Dutch population registers, following “the life trajectories of… people born between 1940 and 1990”.

The data didn’t record the individuals’ sexual orientation. However it did show how many had entered into same-sex marriages since 2001 and civil partnerships since 1998. Researchers used this data “as a proxy for homosexuality”.

And they found that the more older brothers a person had, the more likely they were to enter a same-sex union.

They were 21 per cent more likely to do so than men with one younger sibling.

However, a man with three older brothers was 80 per cent more likely to enter a same-sex partnership than one with three younger brothers.

They were 41 per cent more likely than those with older sisters.

However this time, the researchers also discovered the same pattern of results among women.

“We found women are also more likely to enter a same-sex union if they have older brothers,” the researchers wrote for The Conversation.

Insights into what makes people who they are

Research into origins of same-sex sexual attraction is controversial. However the Australian scientists argue such research is essential.

“In an ideal society, the rights and respect people are afforded should not depend on whether their sexual identity is ‘innate’ or ‘a choice,’” they write.

“But unfortunately, these issues still loom large in contemporary debate, highlighting the importance of our findings.

“Understanding the mechanisms behind sexual orientation can offer insights into what makes people who they are, and helps normalise the full spectrum of human sexual diversity.”