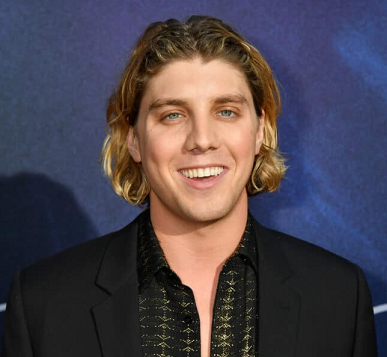 Internet reaction was nowhere near the frenzy caused by Lukas Gage and his co-star Murray Bartlett after their ass-eating scene featured during a tense cliffhanger moment on The White Lotus while the program was airing in 2021.

The Euphoria actor previously spoke to The AV Club about the filmmaking process behind the final minutes of the show’s fourth episode, “Recentering”, which saw resort manager Armond (Bartlett) caught with his face deep between Dillon’s cheeks.

Lukas Gage explained that in the first draft of the scene Dillon and Armond were meant to be caught having full penetrative sex, but the pair thought they could find a more creative way to expose their characters’ tryst.

“We said, ‘Wouldn’t it be more interesting if [Dillon’s] getting his salad tossed? I mean, how often do we see that on TV?’ I think it’s much more interesting and more jarring to walk in on.”

White Lotus is airing on HBO Max in the US and will arrive in the UK on 16 August on Sky and Now.