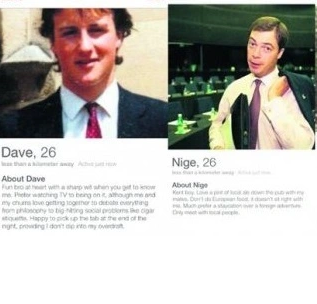 The popular dating app Tinder is under fire this morning after it emerged the platform is charging young gay and lesbian users and people over 30 more for its premium service.

Tinder’s approach suggestes possible discrimination and a breach of UK law, according to an investigation by watchdog Which?

However, a Tinder spokeswoman told City A.M. “it is categorically untrue that our pricing structure discriminates in any way by sexual orientation. Any reporting or inference is patently false.”

“We have never factored in sexual orientation, gender identity, or any other demographic characteristic to our pricing,” she stressed. “This grouping has recklessly misrepresented our pricing practices.”

Which? asked almost 200 mystery shoppers to create real profiles and make a note of prices quoted for Tinder Plus, a premium package with perks such as unlimited “Likes” and “Rewinds” and the ability to undo accidental selections.

However, the Tinder spokeswoman said: “The mystery shopping activity of less than 200 people by Which? is deeply flawed and the conclusions cannot be relied upon due to several factors.”

“Like other businesses, Tinder also offers promotional rates from time-to-time, which could have impacted the findings,” she said.

Across the entire mystery shopping exercise, quotes for a year’s access to Tinder Plus ranged from £26.09 to £116.99, with 20 different prices quoted in total.

The watchdog said Tinder did not make clear the full extent of how it applied personalised pricing on the app, “with no explanation to customers that their personal data could be exploited in this way”.

Which? said it had reported its findings to the Equality and Human Rights Commission (EHRC) and the Information Commissioner’s Office (ICO) and called on them to investigate whether there had been a breach of UK law.

The Equality Act 2010 makes it unlawful to charge people of one sexual orientation more than others unless there is a clear justification for this.