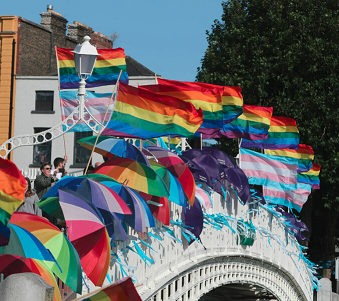 Around one in four LGBT+ victims of sexual violence in the UK could have been assaulted by people trying to “convert or punish” them, research suggests.

Some 23.5% of people surveyed for the LGBT+ anti-abuse charity Galop said they believe the sexual violence they had experienced was intended to convert or punish them for their sexual orientation or gender identity.

Respondents aged 18-24 reported the highest levels of sexual violence with the intention to convert or punish their identity among all age groups.

This suggests the practices are current rather than purely historic, Galop said, and demonstrates the need for a ban on so-called conversion therapy “without delay”.

A public consultation, launched by the Government last October, and extended for eight weeks in December, is due to close next week.

The Government has said it is “absolutely determined” to introduce a ban but it wants to “hear all views on the best ways to do that”.

Some 1,020 responses from LGBT+ people aged 16 and over in the UK were analysed for Galop’s report, including 935 responses to the conversion therapy question from victims of sexual violence.

The opt-in online survey, which was anonymous and took place in 2020, is part of a two-year research project and early findings are being published now to coincide with the end of the public consultation next week.