Official Trailer for ‘Cicada’ About a Summer Fling Between Two Men 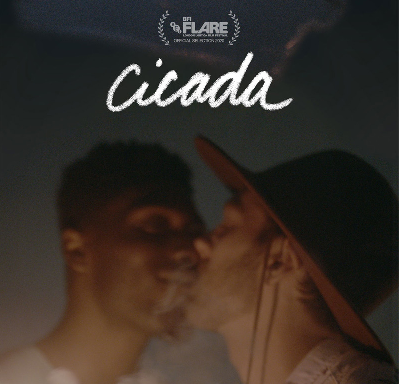 “Try not to care what the world thinks about us. Because this is real for me.”

Strand Releasing has unveiled an official trailer for an indie drama titled Cicada, marking the feature directorial debut of filmmaker Matt Fifer. This played at numerous LGBT film festivals last year, including Outfest, Out on Screen, OUTshine, Zinentiendo, Queer Screen Sydney, and Frameline in San Fran. Cicada follows Ben, a young bisexual man, as he comes out to the world and develops an intense relationship with Sam, a closeted man struggling with deep wounds of his own. As the summer progresses and their intimacy grows, their pasts begin to crawl to the surface. Written & directed by Matt Fifer, who also stars in the film as Ben, with Sheldon Brown, Sandra Bauleo, Cobie Smulders, Jazmin Grace Grimaldi, Michael Potts, Scott Adsit, and David Burtka. This looks quite tender and lovely, and decidedly honest about relationships and their challenges.