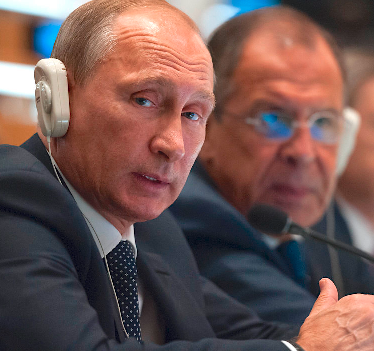 Seen in retrospect, Russia’s demand for a written response was a trap, one neither the U.S. nor NATO yet recognizes, writes Scott Ritter.

Back in December, Russia sent the U.S. and NATO two draft treaty documents spelling out its demands for security guarantees related to NATO’s posture in Eastern Europe. These demands came in a climate of tension fueled by both a Russian military buildup bordering Ukraine, and U.S. and NATO hysteria over what they deemed an imminent Russian military incursion into Ukraine.

The written replies that arrived on Jan. 22 failed — as expected — to address any of Russia’s concerns, including the red line of continued NATO expansion. Rather, the U.S. and NATO listed alternative pathways to diplomatic engagement, including arms control and limits on military exercises, and they now couch the ongoing crisis as a choice between accepting the diplomatic offramp they dictated, or war.

Russia, however, is far too sophisticated to allow itself to be boxed into such a corner. In the weeks and months ahead, Russia will be the one dictating the outcome of this crisis — which will be a resounding Russian victory.

The Russian buildup in its western and southern military districts, as well as in Belarus, has two purposes. The secondary goal is to demonstrate Russia’s ability, at a time and place of its choosing, to project sufficient military power into Ukraine to overwhelming defeat the Ukrainian armed forces and bring down its government.

To be clear, Russia has threatened neither of these outcomes. It maintains that the military buildup is simply an exercise designed to ensure it can respond to NATO’s aggressive expansion of forces along its western flank. It traces the confrontation to NATO’s “original sin” of expansion.

Historical fact supports the Russian interpretation: The Russian mantra of “not one inch eastward” is derived from an oral promise made by former Secretary of State James Baker to Soviet President Mikhail Gorbachev at the time of German reunification. But Russia’s goal is not to score debating points, but rather to reverse NATO policy and posturing it deems harmful to its national security.

To this end, the primary purpose of Russia’s military buildup is to expose the political, military and economic impotence of the U.S./NATO partnership by a range of crises — independent of any military incursion into Ukraine — for which the U.S. and NATO have no viable response other than to give in to most, if not all, of Russia’s demands for security guarantees.

PrevPreviousCoronavirus research deemed too dangerous by DARPA was approved by Fauci, EcoHealth Alliance conducted it at Wuhan: Report
NextScientists think they now know where Omicron variant of Covid came fromNext