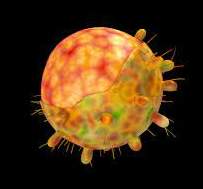 The dominant Omicron Covid variant is “most likely” to have come from mice, new research reveals.

Scientists now believe that it developed in mid-2020 in mice before reinfecting humans.

Back in November, the World Health Organisation (WHO) named the SARS-CoV-2 variant B.1.1.529, Omicron, as the fifth wave of concern since the start of the pandemic.

Since the surge, the Covid death toll has exceeded 150,000 in the UK, as Omicron becomes the dominant variant in many countries around the world.

As the number of hospitalisations mounts, scientists have been eager to learn more about the variant and where it comes from.

While they have been able to determine that Omicron developed from a strain that was circulating in mid-2020, they have been unable to trace any intermediate versions as Omicron evolved into its current form.

One school of thought has been that Omicron infected an animal and the mutations emerged as it spread among that species’ population before it transferred back to humans, and Chinese researchers believe that this might be the case.