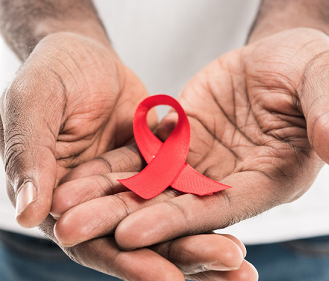 British researchers discovered that an HIV variant has been circulating in the Netherlands for decades that is more contagious and can also lead to AIDS more quickly than other variants of the virus. The amount of virus in the blood is 3.5 to 5.5 times higher in this VB variant, the researchers from the University of Oxford report in the scientific journal Science.

They discovered the variant during further research on previously collected data from Dutch patients with HIV. Over a hundred people previously diagnosed with HIV were found to carry the “new” variant. Based on changes in genetic patterns, scientists think that the highly contagious version first emerged in the late 1980s.

The newly discovered variant may attack the immune system at a faster rate. Therefore, a timely diagnosis and starting treatment as soon as possible is crucial, the researchers wrote. Once discovered, the VB variant can be treated just as well with HIV medication as other variants of the virus.

HIV is transmissible sexually and through blood. The virus breaks down the immune system over time. According to the United Nations, 33 million people worldwide have died due to an HIV infection. In rich countries, good medication is available that suppresses the virus. But the chance of survival is much lower in developing countries.