How travel is a very different game for us LGBTQ+ travellers 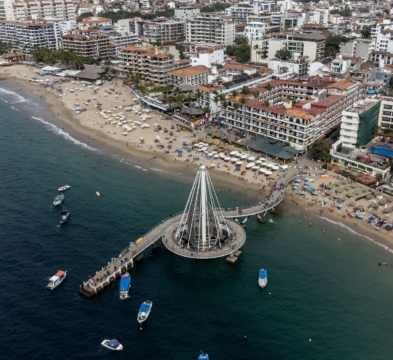 The world is opening up for us LGBTQ+ travellers, but we must still undertake additional trip planning to understand local legislation, not least since homosexuality remains illegal in 69 countries. Anti-gay laws endanger local queer people more than tourists, but gay visitors may also face consequences simply for who they love.

The situation is improving, though, with gay marriage legal in 30 countries and same-sex unions recognised in 11 nations. After seven years of full-time travel to 65 countries, these are the destinations where I feel safest.

Uruguay has been a long-standing leader in LGBTQ+ rights: homosexuality has been legalised there for nearly a century. In 2008, it became the first country in South America to pass a same-sex civil union law; in 2009, it was the first in the region to allow same-sex couples to adopt children; and in 2013, it became the 12th country to legalise same-sex marriage, and the second in Latin America, after Argentina.

The legal protection made me feel comfortable holding my ex-girlfriend’s hand in public without a threat of people gawking at us, invoking homophobic remarks or, worse, being violent. Gay marriage isn’t legal at national level in Mexico, but 12 states allow gay unions, including Jalisco, home of the gay capital of Latin America – Puerto Vallarta.

I am based in this beautiful coastal city because it is so queer-friendly, including an awesome lesbian-owned and operated cocktail lounge, Elixir Mixology, in the gayborhood Colonia Emiliano Zapata (known as the Romantic Zone).

Across the border in the US, the stunning desert oasis of Palm Springs is very queer-friendly. The Dinah, an annual event, is known as the biggest lesbian party in the world. I was in Palm Springs last November during Pride festivities and had a blast celebrating outside with my community.

Indonesia is a complicated destination for LGBTQ+ travellers. Gay Indonesians are subjected to many prejudices that travellers are often not. I’ve loved my trips to the archipelago but I’m reluctant to visit again after a lesbian couple were deported for “disseminating information disturbing to the public” by tweeting that Bali is LGBTQ-friendly.

Taiwan is the pioneer for LGBTQ+ rights in Asia. In 2019, it was the first Asian nation to legalise gay marriage, and gay people have been given the right to adopt children this year.

Despite recent efforts to attract tourism, Saudia Arabia remains one of the most dangerous places in the world for gay people. As a travel journalist, I have rejected invitations to write about the burgeoning tourism industry, given it is a country where gay people face the death penalty.

Antarctica is my next work destination, where I will be joining a Hurtigruten voyage. The cruise line is focused on improving its environmental impact and is dedicated to creating queer-friendly trips. Will and James, winners of season 32 of The Amazing Race, were the first LGBTQ+ couple to become engaged on the US reality show, and recently spent their honeymoon in the Galapagos on a Hurtigruten cruise.

PrevPreviousWhat it’s like to grow up gay in a school that wishes you weren’t
NextHighly contagious HIV variant in Netherlands: British researchersNext