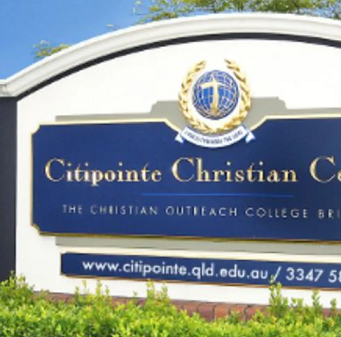 I know exactly what it’s like to attend a school where homosexuality is frowned upon, and in which petrified, vulnerable, secretly gay students – as I was – are viewed as shameful and sinful. And I know the lifelong effects of indoctrinating such prejudice into children’s minds.

When society convinces you that you’re wrong at that formative age, the shame lives within you like asbestos.

What I hadn’t expected, in the twists and turns of life, is I’d be sitting across the world in Australia, a quarter of a century later, in a supposedly modern country, watching in horror at the disturbing arrival of the conditions for this to happen all over again. This week we learned that Citipointe Christian College in Brisbane had demanded parents denounce homosexuality and that students subscribe to traditional gender roles.

In 1987, British prime minister Margaret Thatcher told the Conservative Party conference that “children who need to be taught to respect traditional moral values are being taught they have an inalienable right to be gay”. She claimed this “cheated” them from a sound start in life. What followed was Section 28, legislation her government passed, which outlawed the “promotion of homosexuality” in Britain’s schools.

It was state-sanctioned homophobia which gagged schools for 15 years until Tony Blair’s Labour government successfully pushed for its 2003 repeal. During the 15 years it was law, I attended the vipers’ pit that was a British comprehensive school in the 90s. I won’t mince my words here: gay people were, quite simply, scum.

Homophobic slurs were common – “queer”, back then, hadn’t been reclaimed; we were genuinely considered to be unnatural, weird and repellent. Even supposedly neutral adjectives were infected with the toxicity of fear and hate. “Gay” was a synonym for anything inadequate, inferior or faulty.

Imagine the message that sends to an already neurotic, paranoid teenager, focused solely on social survival. The terror and internal homophobia meant I joined in; I became the perpetrator who’d belittle anyone – usually boys who were different – with this damaging language. I’m ashamed of this.

Section 28 was designed to prevent teachers from challenging such homophobic bullying. Consequently, it festered, reaching a nadir at the exact moment I realised I was the very thing that was most hated – not just by the brutal, immature teens in the playground, but beyond the school gates: by professional adults. Journalists, clergy in the House of Lords and ministers in the houses of Parliament.

A growing sense of alarm ticked inside of me.

School itself was a hostile environment: gay people were demeaned, ridiculed and humiliated. I felt very unsafe, and I felt disgusting.

That’s what happens when impressionable, desperate-to-be-validated teenagers are privy to debates over whether or not they should be treated as equal humans. They absorb them, each dissenting voice soaking through their oily pores and embedding itself within their fragile, uncertain souls.

It’s what’s happening now, in Australia, which I moved to a decade ago, as a school invites parents to denounce homosexuality.

It’s happening now, in Australia – just a day after the Prime Minister rejected the Citipointe edict to parents and promised to protect LGBTIQ students under the government’s religious discrimination legislation to be debated next week. A member of Scott Morrison’s own government, Assistant Attorney-General Amanda Stoker, went on national radio on Friday morning to muddy the waters about whether these students would indeed be protected. She said schools should be able to exercise their beliefs “even if it might offend some others”.

It’s happening now, in Australia, even as a YouGov poll indicates a majority of voters rejects the bill and wants greater, not weaker, protections for LGBTIQ students and teachers.

When these national conversations happen, it’s not just me who turns on the radio. It’s young, potentially closeted, probably scared LGBTIQ students – especially those at religious schools – who hear their humanity and their equality are up for debate. Yet again. Frankly, it’s exhausting.

In Britain, I later worked for the organisation set up to dismantle and repeal Section 28: Stonewall. I returned to my old school, where homophobia was rife, accompanied by Stonewall co-founder Sir Ian McKellen as part of his “gay role model tour”, undoing the terrible image gay people had in schools.

Today, I know the real shame was never mine. It belonged, instead, to a society that enabled this to happen, to a government that discouraged one of its public institutions from protecting me. That cheated me of a sound start in life.

Unless protections for all LGBTIQ Australian students are iron-clad, those students will endure a lifetime of shame – and all its damaging byproducts.

The Morning Edition newsletter is our guide to the day’s most important and interesting stories, analysis and insights. Sign up here.