Doctor Jekyll: Eddie Izzard To Star In Modern-Day Reimagining Of Jekyll And Hyde 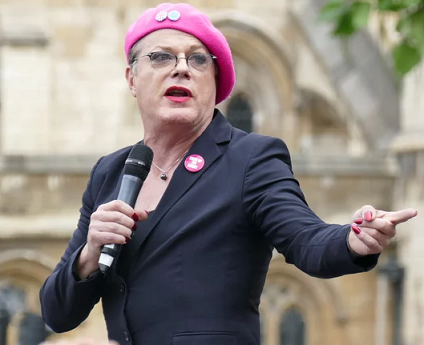 The film follows the titular Dr. Jekyll as he looks to create an elixir of everlasting life, extracting the female hormones from fresh corpses as women tend to live longer than men. The film has since been considered one of the best examples of coding transgender euphoria in horror, and now, Eddie Izzard has been cast as Dr. Nina Jekyll in the B Good Picture Company’s “Doctor Jekyll,” finally providing a canonical trans interpretation of the iconic tale.

The new movie is centered on the reclusive Dr. Jekyll, who manages to strike up a friendship with her newly hired help, played by on-the-rise actor Scott Chambers (“Chicken,” “Malevolent,”), and now must assist Dr. Jekyll to prevent the insidious Hyde from destroying her life.

“I am very excited to be playing the role of Nina Jekyll in this new feature film and it’s wonderful to be able to reimagine this classic story in a modern way,” Izzard told Variety. The gender-fluid performer has been recently playing Peter Solomon on “The Lost Symbol” and Harry Sutton in “Stay Closer,” making this casting of Dr. Nina Jekyll as one of the only instances of Izzard getting the chance to play a non-male, human role.