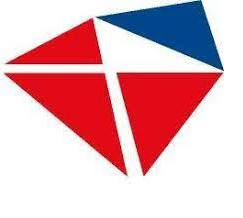 There were over 700 State-owned enterprises (SOEs) in South Africa, according to the 2012 report of the Presidential Review Committee on SOEs.

The Competition Act of 1998 is the legislation responsible for restraining trade practices that undermine a competitive economy. With so many SOEs with a dominant position in their respective markets, the attention afforded them by the Competition Commission has been limited at best. That ought to change.

There is a need for a neutral competitive framework in South Africa to create a more competitive economic environment. This would necessitate the institutions created by the Competition Act treating all enterprises, irrespective of ownership, in the same manner. In other jurisdictions like the European Union and the United States of America, this is already the case. In the EU, Article 106 of the EU Treaty expressly outlines the paradigm of neutrality to be respected by regulators.

Practically, this means that as much as private businesses in South Africa, most recently like the laboratories responsible for Covid tests, are subject to the provisions of the Competition Act, so too should SOEs like Eskom be subject to such provisions.

Section 3 states that the Act is applicable to all economic activity happening within the Republic, which will necessarily include the economic activity of the state. Section 81 states expressly that the Act is binding on the state. These two provisions could be thought of as an equivalent of similar provisions in different jurisdictions, like Article 106 of the EU Treaty.

The fact that the state’s monopolised electricity market has not been the subject of a market inquiry by the Commission is an indictment on the institution. Through the dominance of Eskom, an SOE, South African consumers have been subject to a myriad of abuse, from blackouts to unending price increases. South Africans have no choice: they either use Eskom or go fully off the grid. Why? Because the market is wholly dominated and monopolised by Eskom through state legislation, regulations, and a persistent refusal to licence private players in the coal and nuclear spaces.

Recently there have been talks to end this monopoly by the executive, through measures such as independent power producers (IPPs) selling energy to Eskom or through the exemption of energy producers of 100MW or less from certain regulatory burdens. There is an environment wherein the entry of new players is necessitated and facilitated by the executive due to the conditions Eskom finds itself in. Yet, the competitiveness of the electricity market in South Africa ought to be the purview of the competition authorities.

A competitive neutrality framework ought to be consciously adopted. Rather than seeing their duty as one of punitively going after private enterprises, the competition authorities ought to consider theirs a broad mandate concerned with the overall health of the South African economy, and a sound understanding of concepts like “competition” and “contestability.” More often than not, said health is clearly compromised by an SOE, as is the case currently with Eskom.

The abuse of dominance, or rather anti-competitive behaviour of SOEs is much more dangerous than that of private enterprises. It is more dangerous because the dominance of private businesses is always threatened by new entrants into the market when those businesses do not enjoy state regulatory or legislative protection. For SOEs, their dominance is not one achieved through market service, but rather compelled by the force of legislation. This means that even when the dominant company is clearly no longer preferred by customers – think of Eskom or the Post Office which today seeks an enforced monopoly on light packages – there is no possibility of an alternative unless the state again acts to grant some concession here and there.

A competitive neutral framework would see equality before the law between all economic participants in South Africa, private or state. The necessity of a competitive economy in different fields from electricity to mining, broadcasting, transport, etc., is exemplified by the Competition Act. There is a concession, manifest through such legislation, of the necessity for a competitive market.

As the conversation around the electricity crisis in South Africa continues, the authorities responsible for the competitiveness of our economy must enter the fray. A clear policy of competitive neutrality, beyond the outlined legislative provisions, is necessary.

Zakhele Mthembu is a legal researcher at the Free Market Foundation.