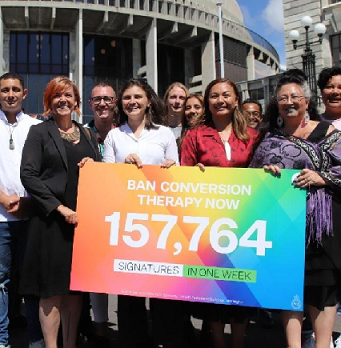 The legislation was passed by the New Zealand Parliament by a vote of 112-8 after it was introduced last year by the ruling New Zealand Labor Party of Prime Minister Jacinda Ardern.

“It’s a great day for our Rainbow communities, and a proud day for all New Zealand,” the political party said in a statement.

“Conversion practices are based on the false idea that people are wrong or broken because of their sexual orientation or gender identity. Such practices and ideas have no place in a modern, inclusive country like Aotearoa,” it said, referring to New Zealand by its indigenous Maori name.