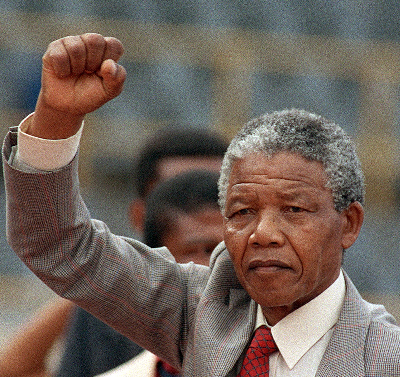 “For us, it is not a matter of whether, but of when these controls will be phased out.” Nelson Mandela – Opening of Parliament, February, 1996

A generally weakening Rand and mounting inflationary pressures have meant that the South African Reserve Bank (SARB) has once again raised interest rates – to the distinct detriment of the weakest members of our society. A more nuanced approach would be for it also to harness the international markets to assist in restoring and stabilising the Rand through finally freeing up the foreign exchange market and allowing it to properly do its natural work.

Exchange controls in the modern world can be traced back to Nazi Germany which introduced them as a “Reich’s Flight” tax in a forlorn attempt to stop Jewish people from taking their money into other currencies. Following the Sharpeville massacre of 1960, Hendrik Verwoerd, an arch-architect of apartheid, also instituted these controls over the convertibility of our currency in a deeply flawed and now ascertainably failed attempt to prevent citizens from escaping his “laager”.

After the democratic elections in 1994, the new South African government began to gradually relax foreign exchange (forex) controls and to allow South Africans to legally hold more of their money in other currencies.

Apart from late President Mandela’s commitment quoted above, in 1995 then Finance Minister Trevor Manuel announced a “phasing-out process” over the following five years. This followed previous Reserve Bank governor Gerhard de Kok’s lamentation that “…they work when you don’t need them, but don’t when you do”.

In 1997 Mr Manual again vowed the “phasing out of the remaining controls”. In 2003, he said, “the rand is not under our control … many factors influence (it) … decisions made in the White House or in Baghdad”.

The government’s good sense was further implied when in November 2005, Reserve Bank Governor Tito Mboweni stated that “For all intents and purposes, exchange controls have become purposeless… the cost of exchange control administration and the inconvenience that goes with managing (it) might not be worth the exercise”.

Yet, all these many years later, the South African economy is still handicapped with the dead weight of these long-outdated measures.

Why does the ANC government not scrap all remaining forex controls? The feared massive financial outflows anticipated in the 1990s did not happen. Nor did they happen in all the other countries that have done away with exchange controls. In 1979 Britain experienced a “winter of discontent” when it was considered the “sick man of Europe”. The former Chancellor of the Exchequer, Lord Lawson noted after they had eliminated all exchange controls that “The flexibility which their demise unleashed was spectacular, ushering in more than a decade of rapid growth and recovery, and setting in train the economic flexibility which now makes Britain the EU’s pace-setter.”

Foreign exchange controls do not fill either local or foreign investors with confidence. Investors base their decisions on future prospects and are sceptical of the motivations behind forex controls. Contrary to intentions, forex controls discourage domestic investors from keeping their money within a country’s borders, and push them to seek suitable foreign investments to hedge against suspected future uncertainty in the local economy. Maintaining exchange controls sends a signal to investors and markets that the government does not have confidence in the future of its own country. Forex controls make investors apprehensive and cause them to lose confidence in a country’s future. They infer the need for a higher than usual foreign investment “premium”.

It is well known that the amount of red tape required to accomplish even basic forex transactions has driven many South Africans to choose to live in more investor-friendly destinations. The cumbersome bureaucratic administrative burden that requires us to fill out countless forms and seek the approval of faceless civil servants for even the most elementary forex transaction should be scrapped immediately. They serve no beneficial purpose.

The opportunity to scrap the remaining vestiges of this piece of apartheid legislation and to assure both ordinary South Africans and the world that the government has confidence in our country’s future, is right here and now.

Capital flows are severely hampered and delayed by bureaucratic “gate-keepers” who might arbitrarily decide what money may “enter” the country and what may “leave” it. Not often understood is the fact that Rands never actually leave the country. Rands are merely exchanged for foreign currency with people who require Rands to buy South African goods or to visit our country. Those pieces of paper featuring the portrait of late president Mandela are well-nigh useless in every other country, save perhaps to a limited extent in a few neighbouring states.

Freeing the South African forex markets will help the Rand and our economy in ways almost too numerous to mention, but here are a few:

Forex controls have many unintended, undetected and under-reported consequences that are gravely injurious to the Rand and to our national economy. Government needs to support the SARB in its attempts to stabilise the Rand. It needs to demonstrate to the world that it has confidence in our country’s future and does not need to maintain Nazi-inspired controls. Increases in interest rates are a blunt instrument and an unwelcome blow to the economy that severely affect the weakest and most vulnerable members of our society.

A significant degree of confidence and prosperity will be restored through the simple and urgent act of removing every last vestige of these long-discredited measures.