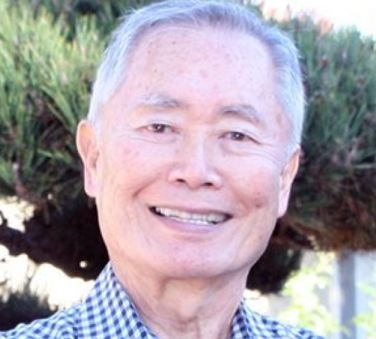 The 84-year-old star – who came out in 2005 and married producer Brad Altman in 2008 – insisted that despite some “amazing progress” in terms of representation and acceptance, there’s still a lot of work to be done.

He told the Daily Telegraph newspaper: “There’s no denying we have made amazing progress in terms of telling the LGBTQ story and having LGBTQ performers now acting and maintaining a career.

“But… there’s always that ‘but’, in Hollywood and in America. Issues still remain.”

For decades, the Star Trek legend was in the closet because he wanted to protect his career after seeing how late Hollywood icon Tab Hunter – who came out the same year as him – was “vilified” long before he publicly confirmed his sexuality.

He added: “It was a scandal sheet [Hollywood magazine Confidential] that exposed him as being gay.

“And suddenly he disappeared. Warner Brothers dropped his contract, vilified him, called him box-office poison. I was stunned.

“The lesson that I got from that was you can’t be an actor and be gay at the same time. And I passionately wanted to be an actor.”

Takei also opened up on the “torture” of hiding his sexuality as he had an “instinct” to be open, as the Japanese-American actor had seen his parents refuse to give a loyalty oath at the Rohwer Relocation Centre – where they were taken shortly after the Pearl Harbor bombing in 1942 – which saw them moved to the Tule Lake camp.

He explained: “It was torture being closeted because my instinct was to speak out. My parents had stood their ground on the loyalty questionnaire. They were principled.

“And so I felt an immense sense of guilt in not standing up. Especially when I was standing up on other grounds – certainly on the internment of Japanese Americans.”