One in five Gen Z identify as LGBT, while overall LGBT identification doubled since 2012: poll 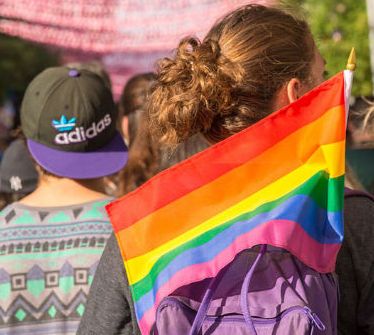 Twice as many U.S. adults are identifying as lesbian, gay, transgender or something that is not cisgender or heterosexual compared to a decade ago, and more than one in five people in Gen Z say they are LGBT, according to a Gallup poll released Thursday.

Gallup asks U.S. adults if they identify as LGBT in all telephone surveys. In 2021, the company interviewed more than 12,000 U.S. adults and found that 7.1% identify as LGBT, a record high. Gallup first began measuring sexuality in 2012, when 3.5% of people identified as LGBT.

When Gallup first started polling on sexuality in 2012 before some Millennials reached adulthood, 5.8% identified as LGBT compared to 10.5% today.

“Should that trend within Gen Z continue, the proportion of U.S. adults in that generation who say they are LGBT will grow even higher once all members of the generation reach adulthood,” Gallup reports.

Gallup noted that prior surveys show that bisexual Americans are “much more likely to marry spouses or live with partners of a different sex than with spouses or partners who are the same sex as they are.”

The survey results were applauded by the president and CEO of the LGBT activist organization GLAAD.

“Thanks to increases in visibility, representation, and equality, more and more LGBTQ Americans are able to come out and live as our authentic selves,” GLAAD’s Sarah Kate Ellis stated. “But the new data shows that we also have a lot of catching up to do before LGBTQ representation meets the needs of Gen Z, which is now 21% LGBTQ. The facts are clear: our community is growing, and we will take our seat at the table.”