Homage, pilgrimage and protest: why Sydney’s Mardi Gras parade should go back to the streets 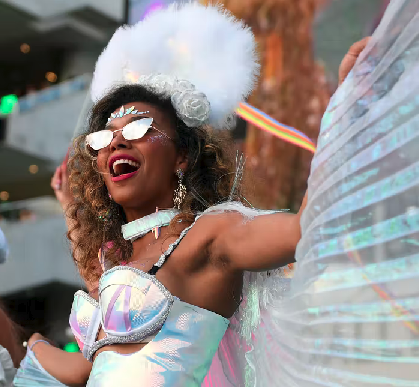 In 1985, calls for the Sydney Gay and Lesbian Mardi Gras Parade to be cancelled in response to concerns about HIV/AIDS were successfully countered by the organisers.

The parade is now recognised as an important way of creating awareness of safe-sex practices, reducing the social stigma of HIV/AIDS and being a living memorial to those who died from it.

In 2020, like many other major events, the Mardi Gras parade became a victim of another virus: COVID-19. In consultation with public health experts, the parade moved to the Sydney Cricket Ground in 2021 and will again take place there in 2022.

This radical decision is a testament to the resilience and spirit of Mardi Gras that, despite calls for its cancellation at various points within its 43-year history, the show continues.

But at what cost? Taking it away from its homeland on Oxford street, and containing it within the boundaries of the SCG challenges its status as a protest, reducing its ability to disrupt.