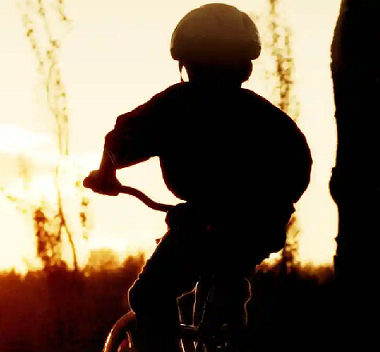 Now, five years later, this is blindingly obvious to me – and my son has become the happiest I’ve seen him since he was a child. By Carolyn Tate

When my son Connor first told me he was transgender and was not, in fact, the daughter I thought he was for the first 12 years of his life, I could have handled it a lot better.

It’s not that I kicked and screamed. I didn’t throw him out or call him vile names. I wasn’t even disappointed. It almost feels worse than all that: I didn’t believe him.

I could tell you a long tale about why I didn’t believe Connor when he told me who he truly was, but it’s almost irrelevant now that I can see the situation more clearly.

The short version is that he had been going through a tough time with anxiety and depression, and we’d been in and out of mental health facilities and psychologists’ offices trying to get to the root cause of why he was feeling so incredibly bad. I spent many sleepless nights worried I was going to lose my child to depression before his life had the chance to even get started.

When Connor first told me he thought he was actually a boy, we had both been seeking answers for more than a year. I thought maybe he was clutching at straws, looking for a simple explanation for his anxiety and depression.

What is blindingly obvious to me now, five years later – and probably to you as you’re reading this – is that Connor’s struggles with mental health were intrinsically linked to feeling that how he felt on the inside did not fit with his body and gender identity. Like he was trapped in a lie. But at the time, I couldn’t see it.