Elton John Has Midair Flight Scare While On Tour 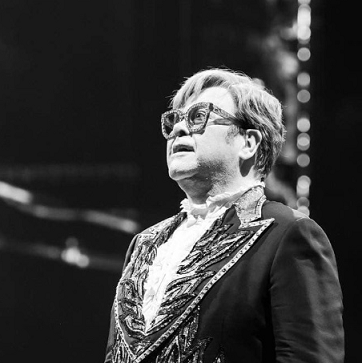 Elton John was in his private jet when it experienced a technical failure at 10,000 feet, on February 21.

According to the Sun, the musician and LGBT icon was an hour into his flight to New York when the plane’s hydraulic system malfunctioned.

John was heading to New York for his Farewell Yellow Brick Road Tour.

After two aborted landing attempts the plane touched down at Farnborough Airport in the United Kingdom.

Witness Philip Thomson, who saw the entire thing, told the Sun, “The terrible weather and epic gusts made it almost impossible to land. Two attempts to touch down failed.

“A crowd had gathered after word went around that Elton was in difficulty. And as the plane came around again for a second attempt to land, the storm was doing its worst.

“It was only at the third attempt to land that the plane got down.”

John, although visibly shaken according to reports, boarded another flight to New York a couple of hours later.

Earlier this year John had to cancel tour dates in order to recover from COVID 19.