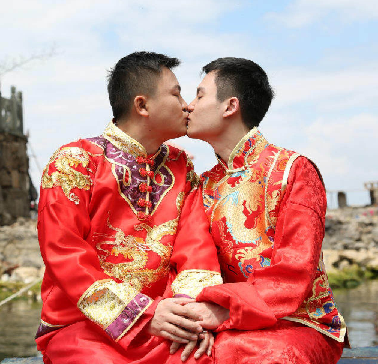 LGBT people, gender fluidity, feminism and female sexuality are increasingly in the sights of China’s censors as much as political dissent.

In its crackdown on popular culture and LGBT people, feminists and other groups, China’s approach has come to increasingly resemble the values of 1950s America, say its critics.

This month, China’s censors deleted scenes of men kissing, references to a lesbian character and orgasms in US sitcom Friends, sparking outrage among the popular show’s large mainland audience.

This followed an earlier censorship incident this year in which internet giant Tencent restored the original ending of the popular dark satire Fight Club on its video-streaming service after changes to the final scene sparked widespread backlash online.

However, censorship of pop culture has been expanding in China for some time. The publication of China’s 14th five-year plan last year which included culture was a noticeable turning point, according to Professor Michel Hockx, the director of Liu Institute for Asia and Asian Studies at the University of Notre Dame in the US.

“If previously the emphasis in policy towards popular culture was mainly to allow it to develop as a market sector that generated economic revenue and created jobs, the emphasis now is on ‘putting social benefits first’,” Hockx told the South China Morning Post.