Time for the courts to strike down BEE 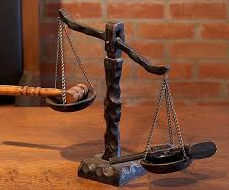 Background to the case

The minister’s Regulations allowed organs of state to set ‘pre-qualifying criteria’, under which a company wanting to tender for a contract had to have ‘a stipulated minimum BEE status level’ if it was to be considered at all. In practice, this minimum was often set at 51% (or even at 100%) BEE ownership, even though the ownership target under the BEE generic codes is 25%.

AfriBusiness or Sakeliga, a non-profit organisation representing some 10 500 firms, objected that these pre-qualification criteria were unconstitutional. They also made for inflated pricing and poor delivery as many businesses with competitively priced and high-quality products were excluded from tendering.

Sakeliga’s objections to the Regulations were dismissed by the Pretoria high court. In 2020, however, they were upheld by the Supreme Court of Appeal (SCA), which found the Regulations inconsistent with the framework for preferential procurement in the PPPFA and the Constitution.

As the SCA pointed out, Section 217(1) requires that ‘all public procurement be effected in accordance with a system that is fair, equitable, transparent, competitive, and cost-effective’.  As an exception to this general rule, Section 217(2) adds that national legislation must ‘prescribe a framework’ within which preferential procurement policies may be implemented to ‘protect or advance’ the disadvantaged.

The PPPFA is the national legislation to which Section 217(2) refers. It sets out a framework for preferential procurement under which tenders must generally go to the bidder with the highest points, as calculated under a points system. This system gives 80 points for price and 20 for BEE status for tenders below a specified threshold (currently set at R50m). It gives 90 points for price and 10 points for BEE status for tenders above that threshold.

‘This framework,’ ruled the SCA, ‘does not allow for the preliminary disqualification of tenderers’ without their tenders being considered at all. Hence, the minister could not use his regulations to ‘create a framework which contradicted the mandated framework’ set out in the PPPFA. The minister had therefore exceeded the powers given to him by the PPPFA and acted in a manner ‘inconsistent with the Constitution’.

The ANC’s (now suspended) secretary general, Ace Magashule, responded with ‘dismay’ and said the ANC would seek to have the ruling set aside by the Constitutional Court. The SCA judgment, he added, had made ‘the process of implementing the 51% black ownership provision far more cumbersome’. Yet the 51% provision was vital to give black South Africans ‘control of our economy’ and ‘complete our revolution’.