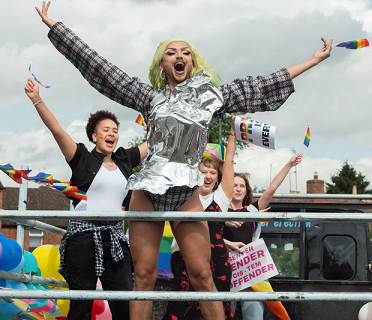 “It’s only looking back you realise that was really special. To have over 30 people in one year group identifying somewhere on the spectrum in this tiny town”.

When outsiders imagine Tewkesbury they probably envisage the historic abbey surrounded by floodwater from the River Severn. But to a group of students who left the local comp around a decade ago, Tewkesbury is simply Twinkleberry.

The town where they grew up in the “gayest year ever” to pass through their school. For around 30 pupils in a single year group that passed through the secondary school between 2005 and 2012 eventually identified as being queer.

Now one of the 30, Daisy Ifama, has joined forces with Netflix to tell the story about an unusual pink period in the life of a small, Gloucestershire market town they dubbed Twink.