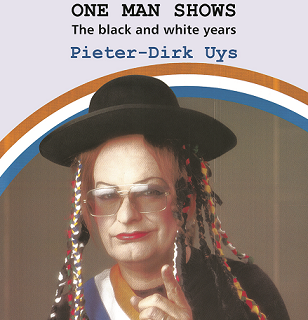 Even though the material dated back to the 1980s, I found that the social fears had not diminished; that the political hypocrisy has not dissolved. So, I added a backstory to each revue to put the entertainment in perspective. Once completed I realised that now needed a political backstory to explain the action and soon I had 488 pages including photos. I sent it my publisher who reacted with great enthusiam, but added: ‘we won’t find any buyers in this Covid pandemic’. I agree; few would spend R500 in a state of disaster. So Missing Ink prepared the book for publication and it has been released on my website – free.

The reaction from South Africans in and outside our country has been extraordinary. The link has also been sent to local schools for their history departments to allow learners to explore our recent past by performing the sketches and then questioning: why was that politician in a satire in 1985? Who was that politician? Have the politics of separate development started to reinvent itself for our times? One Man Shows reads comfortably on a laptop screen. Enjoy the journey. It will no doubt ring some dusty rusty RSA bells.

One Man Shows: the black and white years is available at:

Rearranging the deckchairs on the SA Bothatanic (1986),