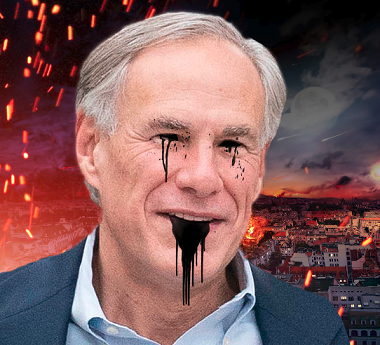 The decision follows a lawsuit that the American Civil Liberties Union and Lambda Legal filed Tuesday on behalf of a transgender teen and her family who are among the first to face scrutiny under Abbott’s new directive. The teen’s mother, who works for the agency in charge of enforcing the new policy, was put on leave from her job and visited by investigators because she’s sought out hormonal treatments and puberty-blocking medication for her daughter.

Judge Amy Clark Meachum of Travis County’s 201st Civil District Court ruled Wednesday that the family faces “imminent and ongoing deprivation of their constitutional rights, the potential loss of necessary medical care, and the stigma attached to being the subject of an unfounded child abuse investigation.”

That’s in addition to the mother named in the lawsuit potentially losing her job with the Texas Department of Family and Protective Services.

“We are terrified for [our daughter’s] health and wellbeing, and for our family. I feel betrayed by my state and the agency for whom I work,” she wrote in a declaration filed with the lawsuit.

The ACLU framed the decision as a partial victory, saying families not named in the lawsuit may still be investigated by the state.

“We appreciate the relief granted to our clients, but this should never have happened and is unfathomably cruel,” ACLU of Texas attorney Brian Klosterboer said in a statement. “Families should not have to fear being separated because they are providing the best possible health care for their children. The elected leaders and agencies of this state should not play politics with people’s lives. We will do all that’s possible to stop these abuses of power and ensure transgender young people can receive medically recommended treatment.”

Meachum scheduled a hearing for March 11 to consider blocking the policy more broadly.