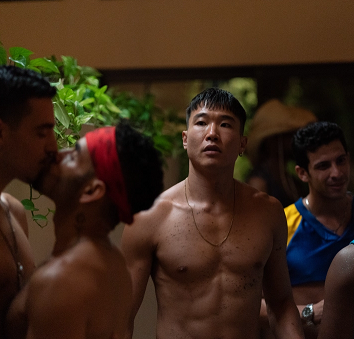 Screenwriter and star Booster originally was set to sail at Quibi before the streamer went under. Now, the rom-com heads to Hulu on June 3.

New York’s Fire Island is about to get even steamier.

And, it turns out one streamer going down flames led “Fire Island” to get the greenlight from Hulu. Filmmaker Booster revealed that the film was originally supposed to premiere in 2020 on short-lived streaming platform Quibi, which specialized in episodic “quick bites” of entertainment.

“My Comedy Central pilot had been passed on — I was so depressed — and my agent was like, ‘You should write a show that’s based off this essay,’” Booster told Vanity Fair. The inspiring essay was written by Booster for a now-dead blog about his connections to Jane Austen as a gay man. “I was like, That’s the dumbest idea you’ve ever had, David. Don’t ever talk to me again. That’s so stupid.’”