The cannabis industry inhibited by state action from the outset 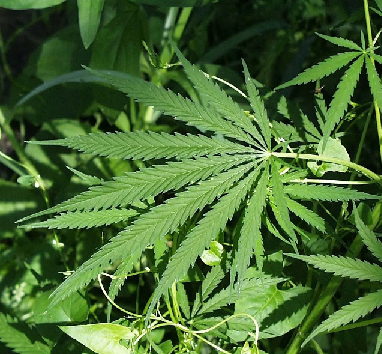 In his State of the Nation Address it, President Cyril Ramaphosa mentioned cannabis and its economic potential whilst police were arresting people for cannabis-related offences on that very day.

In his State of the Nation Address it, President Cyril Ramaphosa mentioned cannabis and its economic potential whilst police were arresting people for cannabis-related offences on that very day. This contradictory attitude from the state does not inspire confidence in the economic potential of this industry.

The 21st century saw a different attitude towards the plant as was prevalent in the 20th century. Multiple countries have legalised the use of the plant in one way or the other. Lesotho and Zimbabwe recently legalised it for medicinal use.

In 2018 the Constitutional Court effectively decriminalized private use by adults, subject to state regulation. The result of this judgment is the Cannabis for Private Use Bill, currently before the National Assembly.

The economic benefits of cannabis have long been studied. A report by New Frontier on the cannabis market in Africa mentions the massive economic potential this largely illicit market could have for African economies. Even though South Africa is not the biggest market for cannabis, the $1.2 billion in projected value for the domestic market is big in and of itself and could grow larger should there be regulatory coherence from the state.

The President mentioned the cannabis industry as a potential source of employment for South Africa whilst the Police Service terrorises citizens with arrests. He was speaking of plans to create jobs with the industry whilst his Cabinet ministers are engaged in court cases against companies like The Haze Club.

The President even went as far as mentioning those individuals in rural South Africa who have been growing the plant commercially for years (legacy cannabis farmers). He mentioned these communities whilst his government, through the Cannabis for Private Use Bill as an example, set out to exclude them through onerous regulatory barriers. Organisations like Fields of Green for All have been at the forefront of the fight for the rights of cannabis users, and have been vocal about the potential for exclusion of legacy market participants and the broader poor when regulation is enacted.

In places like Soweto, the illicit cannabis market has its own character and dynamics. The National Cannabis Master Plan devised by the state as well as the bill before National Assembly do not fully consider the peculiar nature of the economics of a township.

The regulatory jargon of quantities for use and quantities for commercial sale found in the bill, as an example, will be troublesome to the existing illicit township market. The problem of yard sizes in former black areas, which influence the ‘private use’ and cultivation of cannabis as a plant, is not considered by the bill.

The drafting of legislation for legalisation is happening whilst police are still treating possession and use as if there is not a different legislative paradigm on the horizon. This approach depresses potential investment especially by small businesses that are currently operating illegally.

Jurisprudentially, distinguishing between cigarettes and cannabis for purposes of criminality is nothing more than an arbitrary exercise, grounded in nothing else but a legal edict that says it is criminal. This distinction between these two substances is arbitrary because the evidence suggests that cannabis is less harmful than cigarettes, while being subject to stricter regulation. Beyond the case permitting private use, the general decriminalisation of all cannabis-related activities ought to be the policy of the South African government.

The President is either unaware of the activities of his administration regarding cannabis or he was simply using rhetoric when speaking of the cannabis industry as a societal good through job creation. None of these options bode well for participants in the South African cannabis market, since there is no certainty in the space. A fundamental aspect of any investment activity. That attitude needs to change if any benefits of the industry, economic or otherwise, are to devolve to the average person.