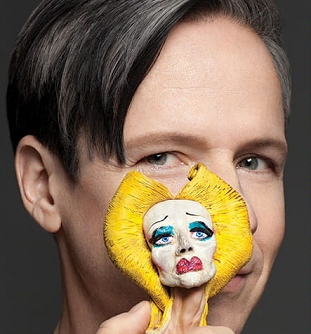 John Cameron Mitchell, creator of Hedwig And The Angry Inch, has casually come out as non-binary in a recent interview.

The actor made the statement during a recent interview with Pride.

It comes as they currently star in Joe Vs Carole on Stan in Australia.

John Cameron Mitchell is most well known for creating Hedwig And The Angry Inch.

It’s been over 20 years since the creation of the show.

However, there is still debate being had about who should be playing the role, including John themself.

So much so that when the production was set to star Hugh Sheridan in Australia it caused so much backlash Hugh was dropped from the role.

Recently John Cameron Mitchell has taken on the role of queer character Joe Exotic in Joe Vs Carole.

In an interview with Pride this week they discussed a range of issues around queer characters being represented on stage and screen.

During the discussion regarding Hedwig and The Angry Inch, Mitchell casually mentioned their own identity.

Of Hedwig, they said people had told them“only trans people can play that role because it’s a trans role.”

However, that was not a view that they supported.

“I believe that acting means you’re playing someone that you’re not. And I played all kinds of stuff that I’m not, but you bring your own life to it.”

John went on to explain that they did not believe the role in question to specifically be a trans role, admitting their own gender identity in the process.

“I’m not trans, I’m non-binary, but that’s a slippery slope because the character is forced into an operation and is not really trans.”

It’s a debate that could long be had about the iconic stage and film role, one that will no doubt continue.

For now, John Cameron Mitchell can currently be seen in Joe Vs Carole on Stan in Australia.

Check out the trailer for Hedwig and the Angry Inch below