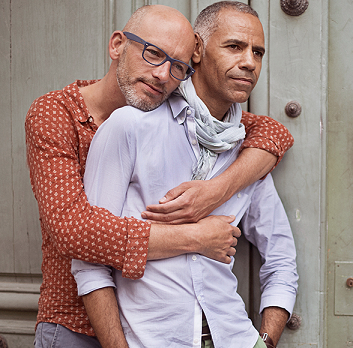 Most gay men never outgrow their inner Peter Pans, nor should they as there is something utterly charming about youthful exuberance or our romantic refusal to leave Never Neverland.

Maybe it explains why a high percentage of gifted people are gay, maybe it’s our quixotic quest for the holy grail of eternal youth, but unlike Dorian Gray we have no hidden painting in the attic. Knowing good doctors helps though! Often, we appear decades younger than our mainstream counterparts, but we fear loneliness more than old age. Homophobic evil haunts us no matter our age. Frequently its gift-wrapped in old fashioned bullying that prey on those who are different, more intelligent, and talented.

We often succeed and are in demand at many employers providing we don’t flap too much! After spending years in HR, I should know. Globally huge strides were made since the nineties, allowing us to choose where to live and who to love. Our pink money increases employment and improves the standard of living at magnificent places at the end of our rainbow. Anyone can travel back in time to experience the depravity of undesirability in any of those malicious countries stuck in their time warp where death awaits us. See www.forbes.com.

The UK eventually apologised for their barbaric cruelty to Alan Turing, whose genius code breaking helped win the Second World War. See www.spyscape.com and on a lighter note enjoy the satire from the original 1973 show that has remarkably subtle political references in far more than a simple dance routine. www.rockyhorrortimewarp.com.

Autocracy, cruelty, and poverty epitomise our wicked time warp musketeers where suffering flourish as karma generously grants misery to stubborn souls refusing to evolve. Don’t support autocracy as its power relies on stupidity. We have the capacity to accelerate positive change on planet earth and the power to support this evolutionary process. None of us are blinded by the hatred from the Hitlers, Husseins, Mussolinis, Ghadaffis and Putins of our time. The darkness of their vile war crimes ensured that they earned a place being amongst the most popular voodoo dolls historically. Our planet evolves spiritually, so we no longer need to suffer their sick torture silently.

Well-travelled tourists have experienced monstrous places stuck in time warps, but you have not missed anything if you did not. Few of us fully grasp the intensity to fight for gay rights since the 1860s in Germany and Europe, until a repulsive little man, sporting a matching moustache and a big mouth destroyed over seventy years of gay liberalisation in Germany and the world. Six million people were murdered in Germany because people feared the dangers of war. History repeats itself and we are facing another pathetic little man, whose delusion of grandeur toys with our lives and he dares threaten us with nuclear war while sneaking underground. Gorgeous Russian models have frequently graced our covers for ten years and along with their photographers struggle against foul Putinesque homophobia. They enjoy no freedom of expression and thousands of Russians have been arrested and jailed in the last few days for rejecting Putin’s war on the Ukraine. We have deep respect for these brave Russians and Ukrainians who believe in human rights in a hypocritical world. Millions of Russians and Ukrainians have fled to Turkey and the rest of Europe, whilst Canada has unconditionally opened its doors for Ukrainians who have lost too much.

Spiralling inflation and the biggest humanitarian disaster since 1945 affects everybody. Risk of war and energy supply problems grows exponentially in Europe that must now close Russian oil and gas supply, whilst seeking alternative energy.

American intervention is unlikely and listening to echo chamber experts psychoanalysing cruelty and suffering is painful. Millions are affected by war and waffling won’t wish it away, nor stop the spread, nor halt nuclear war threatened by a madman. Biden offered 6% of the budgeted amount to assist the Ukraine. Biden’s term will be short once war spreads, increasing risk exponentially.

European gas prices leaped by 800% in one year, so retiring there will be expensive for the next few years due to spiralling inflation, even if conflict abates. Technology allows remote employment and far younger people opt for quieter lives, choosing to work from home whilst retiring much later.

A strong currency makes the world your oyster and most gay men are more mobile by having fewer emotional ties due to being less likely to have children or strong family ties as they get older.

Gay women are more likely to have children and family bonds, so often stay in places longer. In the US there are a several RV style retirement homes that specifically cater to lesbians. Sounds like fun to travel all over the USA in your mobile home, provided you are not swamped with breakable collectibles!

Hide in bunkers or closets, or choose fun in your prime time. A large gay organisation for older members of the gay community called Prime Timers exist mainly in the USA, but thus far have not shown any interest in South Africa.

Affluent gay men often opt for luxurious communal living in stunning properties, but rentals over R20 000 are restrictive. This trend reveals mainly men under fifty are choosing a simple lock up and go lifestyle. Many highly qualified expats are relocating to South Africa where they work for large multinationals who often pay for furnished rentals for a while. Some mother companies prefer short notice transferability and may even make this part of their package.

We wrongly emulate straight society that gradually scales down from bigger properties to bedsitters in depressing old age homes. Our mindsets are different, and we enjoy more options in how we choose to live our golden years. Examples of stunning lifestyle villages in the US and Europe present shows and entertainment, which is irreconcilable with morbid retirement homes. Most of the top twenty-two Way Gay Retirement Communities offer far more fun than imaginable. If you dare, visit www.debtfreeguys.com.

War in Europe suggests that Europe and maybe even the northern hemisphere could be less safe now than we assumed for eighty years. Being pricier than most of the southern hemisphere, look south if you want more bang for your shrinking buck. Australia bucks the affordability trend though!

South Africa offers an attractive destination for gay expats to work from remotely from a young age with far more buying power than where they hail from. It is between 30% and 300% cheaper here than in the US and more affordable than almost anywhere else in the modern world, with comparable levels of self-sufficiency ranging from energy to food. Our sophisticated mixed, economy offers luxury products and some of the world’s best protection of wildlife with stunning wide-open spaces to explore. Recently our fuel was 10% more expensive than in the US, primarily due to unpopular fuel taxes. Almost half our fuel is produced by Sasol at 40% of the fuel pump price, whilst much of our oil comes from Angola and Namibia. Taxes hurts our economy, but it is great for Sasol shares that increased by over 1000%… Two interesting sites to visit is www.numbeo.com and www.expatica.com.

Cost comparisons between countries and different cities globally is incredible. We published several retirement stories over the past twenty years, but this one differs as we offer solutions and believe small gay villages with active inhabitants who love life, laughter, and entertainment, would make such places irresistible. Loneliness is a choice, but finding the right land countrywide, means we could live there cohesively for decades. Our steady influx of affluent economically active expats is superb for job creation and our economy.

Mr Gay Portugal 2018 believed they must attract gay people globally of all ages. Now a youngish guy could happily stay there with nobody playing the Sheriff of Nottingham to ban them for being too young to be living amongst the over fifties. See www.getgoldenvisa.com.

The Portuguese, Swedish and Swiss model of lifestyle villages attract gay men of all ages. Visit www.retirefabulously.com and www.swissinfo.ch or visit www.regnbagen.com.

Portugal is the least expensive in Western Europe and with its relaxed visa requirements is a popular gay retirement option amongst South Africans, Americans, and Canadians who don’t mind that it is 20 percent more expensive to live than SA.

South Africa shamefully has not a single gay retirement village with a drop of ageing intellectual dribble from supposedly intelligent academics that is not worth reading. A consistent influx of inlanders and outlanders bolsters Garden Route property prices from Mossel Bay to Jeffreys Bay, due to access to airports and two great government hospitals that are better than most private hospitals. Consequently, mainstream developments in these areas with superb infrastructure cannot supply in the massive demand, so undesirables need to remain closeted to be on the safe side. We can simply build our own small lifestyle villages wherever there is demand and drive, with minimal fuss.

Small groups of people will save themselves a fortune by involving developers, they trust and know well who are not too greedy. A rare species admittedly.

I spent eight years doing research on the intense demand for rainbow homes amongst like-minded people and not a single person in our community said they intend to crawl back into the closet. We all share this dream to fight loneliness from the day we tumble out the closet, so it is your choice whether you realise this dream with the contagious energy of a few friends.

Years ago, I worked as a qualified estate agent part time on the Atlantic Seaboard, however I need to be trained in the latest rules and regulations. Contact me if a fun lifestyle appeals to you in your little town called Agteroormoerfontein or anywhere else where there are just a few active gay people who may warm to the idea. Being a principal at an estate agency you may be willing to teach a determined guy who dares to dream and learns fast. Our thirty-year-old global business network improves the odds of success if we share this dream with locals and a few imports. Neither I, nor you wish to abandon our careers, but we do not want to be lonely, not now, nor ever.

Visit www.gaypagessa.com where our 2500 articles reflect our drive and fascination with life. Enjoy our wonderful growing collection of magazines dating back to 10 December 1994, which makes us one of the ten oldest printed gay glossies in the world, which is also digital and available on Apple and Android Apps. Being archived in different countries and academic research archives, our content outlives everybody.