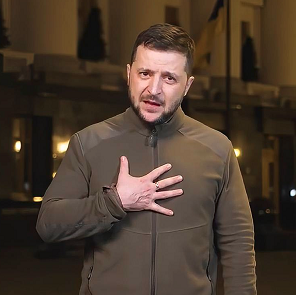 Ukrainian President Volodymyr Zelenskyy has warned the horrors of Bucha may be only the beginning as retreating Russian forces leave behind crushed buildings, streets strewn with destroyed cars and mounting civilian casualties.

In his nightly address, Zelenskyy said in the northern city of Borodyanka, just 30km northwest of Bucha, even more casualties would be discovered.

“They have started sorting through the ruins in Borodyanka. It’s much more horrific there, there are even more victims of Russian occupiers.”

The Ukrainian Parliament added in a tweet: “The destruction in Borodyanka was considered even worse than in Irpen and Bucha. The world will soon learn about the atrocities of the occupiers there, but now only one thing is clear – the village is in ruins.

“Of the 29 high-rise buildings, 21 were damaged, 8 of them were completely destroyed. Rescuers have been dismantling the debris for several days now, so the horrific finds will soon be known to everyone.”

The president’s grim warning comes as other Ukrainian leaders predict there would be more gruesome discoveries in the days ahead.