“I want to run anywhere from this nightmare”: A look into LGBTQ+ people in Ukraine 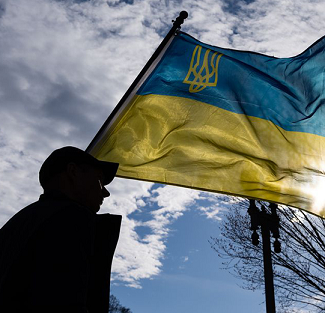 As the Russian invasion of Ukraine trudges on, many activists fear that Vladimir Putin’s administration will reverse laws protecting the LGBTQ+ community. But stringent martial laws and scarce HIV resources have left many in peril.

On February 24, Putin not only announced a full-scale invasion but a return to “traditional values” as part of their national security strategy. With Russia’s rumoured “kill list” targeting all political opposition and vulnerable populations, as well as labelling feminist and LGBTQ+ movements as “extremist propaganda,” their regressive policies could endanger thousands in Ukraine.

“I know many LGBTQ+ people from Russia, Belarus, and Kazakhstan who moved to Ukraine in recent years because of discrimination in their home countries,” Yura Dvizhon, co-founder of Ukraine Pride said to Forbes.

Since its independence in 1991, Ukraine legalised homosexuality and same-sex marriage, then added anti-discrimination protections in 2015. Although public opinion toward LGBTQ+ people is low, Ukraine remains a place of refuge for many Eastern European immigrants for its governmental freedom.

Putin’s crackdown on ‘western values’ is not new. After Russia seized Crimea in 2014, Pride parades were met with counterdemonstrations, and hate crimes toward LGBTQ+ people increased quickly.

Maksym Eristavi, a Ukrainian gay rights activist and journalist, expressed that Putin’s impact on Crimea could mean the same for the community in Ukraine.

PrevPreviousDon’t underestimate the power of ideas; Putin is armed with them
NextAn outright propaganda war against Ivermectin in two latest trialsNext